Orphan Black's Castor clones are back, this time in the form of the upright and proper Ira.

Unlike the offspring of Project Leda, the Castor clones have not faired particularly well. Plagued by a neurological disease that causes degeneration and seizures, fans were led to believe the Castor line had been nearly eliminated by the end of season 3. Now, another of Mark's (Ari Millen) brothers has surfaced.

Introduced in "The Stigmata of Progress," Ira (Ari Millen) is seemingly unaffected by the Castor defects...for the time being.

"He's not glitching yet," executive producer John Fawcett explained, according to Entertainment Weekly. "That's the deal with the Castors, is that they are not healthy. And he may be fine now, but he knows and Susan Duncan knows that his days are limited unless they can find a cure for him."

Luckily for Ira (and Mark), a cure could be on the horizon.

"If we can find our own cure, can we cure Mark? Is that a possibility for next season?" executive producer Graeme Manson teased ahead of the season premiere. "Is Mark the one brother who's earned the right to call himself a brother?"

For now, however, Orphan Black fans are hoping writers will dive into Ira's background.

"He's got a bit of a mysterious feel about what his function is here at this place. He's got a nice sort of naïve quality to him, I think, too that makes people ask questions like, what's his story?" Fawcett said. "He wasn't raised like his brothers, which is the most interesting thing about him."

Next time on Orphan Black Sarah (Tatiana Maslany) and her "sestras" will move forward with their plans to take on Neolution in "From Instinct to Rational Control" (see a preview below).

"Sarah realizes her goals have aligned with her once enemy and forms a precarious alliance in hopes of getting to the head of Neolution. Meanwhile, on her end, Alison dispatches Felix and Donnie to infiltrate a Neolution fertility clinic that Beth investigated," BBC America teased. "Back at the lab, Cosima and Scott receive a revolting delivery from Alison. As Rachel grows closer to Charlotte, Susan Duncan leaves a devastating decision in her hands." 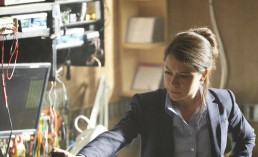 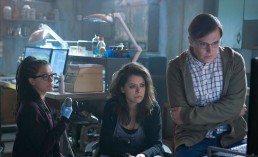 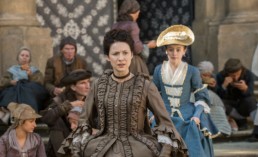