While T.I. and Tiny are still enjoying the preciousness of their new bundle of joy, the rapper has revealed that one actress is pregnant.

T.I. stopped by Z107.9's The Day Party in Cleveland and dished on the pregnancy while they were on Facebook Live during the interview.

One of the hosts asked the rapper when can fans expect to see the sequel to the 2006 hit ATL (which marked T.I.’s first role on the big screen), which also stars actress Lauren London as T.I.’s love interest, New New.

“Aye man we working on it presently. We got a couple obstacles in our way man. Like… Uh, uhhh, my lil sis man, she uh about to have a baby… So we gone have to let her get that time out of her system and you know when she back in New New shape we'll be ready to roll.”

When he realized it wasn’t public knowledge that London was pregnant, T.I. said, “Oh… Well I didn’t tell you.”

As for London and her longtime boyfriend Nipsey Hussle, they have both stayed quiet after T.I.’s statement. And it looks like London plans to keep it that way. She shared a photo of actress Eva Mendez, who just welcomed her second child with Ryan Gosling and it wasn’t even public knowledge that Mendez and Gosling were expecting.

London also kept things quiet when she and Lil Wayne had a child. 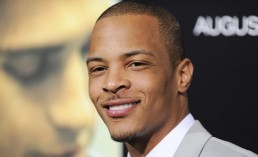 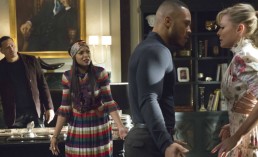