The CW DC universe is cooking up something extra special for fans, but the network's upcoming four-way crossover has actors scratching their heads.

Supergirl, The Flash, Arrow, and Legends of Tomorrow will team up to create a week-long superhero block on The CW this fall, and, now that all of Greg Berlanti's DC series are on one network, the executive producer is planning to expand the his yearly crossover event to include National City, Central City, and Starling City.

Generally scheduled for around episode 7, the series melding tradition started when the Flash joined Arrow on the CW schedule. The 2015-2016 season pulled Legends of Tomorrow into the mix, and soon a certain kryptonian will get in on the action.

"Next season, Arrow, The Flash, Legends of Tomorrow, and now Supergirl will join forces in our annual crossover event, our biggest ever," Marca Pedowitz, The CW president, said.

Finding a way to bring the Earth-1 characters in contact with Kara Danvers (Melissa Benoist) one more is just one of the crossover's logistical nightmares. While the writers hop through the multiverse, the casts will wish they had just a little of Barry's (Grant Gustin) speed as all four episodes attempt to film at once

"How does that happen?" Benoist wondered while speaking with E! Online. "I always wondered how Grant did it, because it seemed like he would be in three places at once, on three shows. I don't know what's going to happen to me!"

It sounds like the Waverider could become an integral part of linking Supergirl with the rest of the dramas, and it certainly sounds like a few actors will attempt to will the time ship into existence as their schedules get hairy.

After all, "the Waverider can do [anything] and go anywhere," executive producer Andrew Kreisberg told Entertainment Weekly.

Do you think the Arrowverse universe can off a four-show crossover? Find out when the DC TV universe returns to The CW this fall.

© 2021 ENSTARS, All rights reserved. Do not reproduce without permission.
TAGSSupergirl Arrow The Flash legends of tomorrow
SEE COMMENT
CLOSE COMMENT 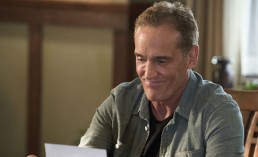 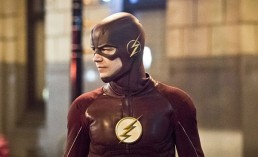 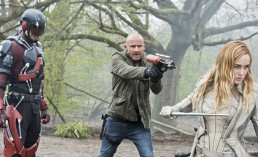