Doctor Who is ready to embrace diversity.

Steven Moffat's Doctor Who tenure is coming to a close, but, before he leaves, the showrunner is on a mission to make the TARDIS a more racially inclusive. The series' eponymous Time Lord accepts travelers of all races, nationalities, and species, and it's high time the drama reflected his ideals once more.

When Pearl Mackie takes the screen as Bill in 2017, Moffat's lilywhite era will come to an end.

"We decided that the new companion was going to be non-white and that was an absolute decision because we need to do better on that. Young people watching the show have to know they have a place in the future," Moffat told Doctor Who Magazine (via Digital Spy).

The Internet is all a flutter about Moffat's recent statements, and while we applaud his efforts, he is hardly the first Doctor Who showrunner to place a POC star in a lead role. In fact, New Who was doing rather well on the diversity scale before the Scotsman took over the reins. Russell T. Davis rebooted the series with Mickey Smith (Noel Clarke) as an honorary companion in 2005 before making casting Freema Agyeman as season 3's Martha Jones.

Essentially, Moffat isn't making any massive strides. Instead, he's merely brining Doctor Who back in line with what it should have been all this time. Moffat could, however, shake up the status quo if he has a hand in selecting Twelve's (Peter Capaldi) eventual replacement.

"I don't think there's ever been a problem with making the Doctor black, which is why it should happen one day," Moffat said.

Hmmm...does anyone else think Idris Elba would be handy with a sonic? 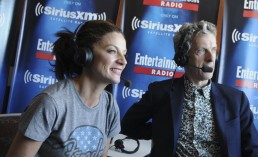 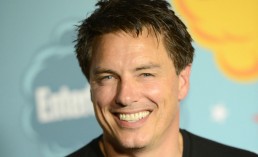 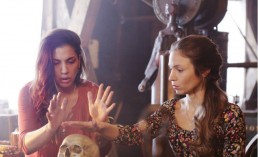