Despite making it all the way to the end, Laith Al-Saadi recently admitted that he did not want to win The Voice.

Al-Saadi was a huge hit with the viewing audience this past season on The Voice, with his roots background, his gravelly, bluesy voice and his amazing guitar skills. The musician made it all the way to the finals, where he would end up coming in fourth place overall.

While The Voice can be an intense competition where singers are pushed to win, Al-Saadi said in a recent interview that he wasn't interested in taking home the gold.

"It's a 360 deal. It means they represent you in every facet of your life," Al-Saadi told MLive.com. "They really do kind of own you. They own your intellectual property, they own your merchandising, they own the rights to you, and to obviously making records with you and your touring and all that stuff."

For someone as authentic as Al-Saadi, that could mean not always doing exactly what he wanted to do as a musician. Therefore, he was okay with not winning, even if it meant not getting some of the perks that come with a big record label.

"This is probably not going to be popular to say, but I actually never wanted to win. That was my scariest thing even about going into the situation is what that was, to possibly give up," he said. "And the thing is, it's probably foolish of me because that is a wonderful record company, they're huge, they have immense power compared to what I could do independently or with a small label."

Regardless of what level of fame he ends up maintaining over the next few months, Al-Saadi said he will still be out there performing.

"I'm totally going to be playing music all the time and using this as an opportunity to put out more music," he said. "So I hope this just helps elevate the level of my artistry."

In addition to his collection of songs from The Voice, Al-Saadi has released three albums before the show, titled In the Round, Long Time Coming and Real., respectively. 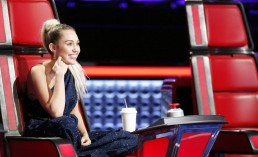 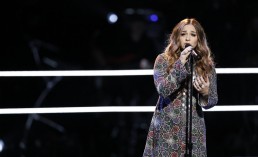 Alisan Porter Album: 'The Voice' Winner Talks 'Haters' & What Music Fans Should Expect From Her [VIDEO] 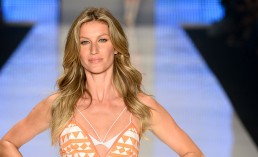 'Dancing With the Stars' Season 22: Why Does Erin Andrews Want Gisele Bundchen To Compete? [VIDEO]