The romance is still alive for Zachary Quinto and Miles McMillan.

On Monday, Daily Mail posted new photos of the happy couple as they were spotted going for a walk down the streets of New York. With their fingers interlocked, the actor and his boyfriend looked to be in a pleasant state of mind.

Quinto wore a blue button-up shirt with light colored pants and a hat while his boyfriend sported a black polka-dot shirt.

Earlier this week, Quinto celebrated his 39th birthday where he posted a photo of himself with McMillan on Instagram. Despite the fact that it's a paparazzi pic, the actor pointed out that this one in particular "captures the joy" of the amazing day he had.

"Thanks for all the well wishes and celebration," he added in the caption. "I am thankful for such amazing fans and even more friends. Not to mention @milesmcmillan and noah and skunk...where it all begins and ends. Thirty-nine never felt so good!!!!"

i never post paparazzi pics - but this one captures the joy of the amazing birthday morning family walk which lead to an incredible day full of gratitude and creativity and love. thanks for all the well wishes and celebration. i am thankful for such amazing fans and even more amazing friends. not to mention @milesmcmillan and noah and skunk... where it all begins and ends. thirty-nine never felt so good!!!

McMillan wished Quinto a happy birthday with a picture on his Instagram page calling his boyfriend the love of his life.

HAPPY BIRTHDAY TO THE LOVE OF MY LIFE! A photo posted by Miles McMillan (@milesmcmillan) on Jun 2, 2016 at 7:56pm PDT

And with the election happening this week, the actor's lover posted a photo that includes himself, Quinto and politician Hillary Clinton who's running for president of the United States. Based on the image and the phrase "#imwithher," it might be safe to say who these guys just voted for. 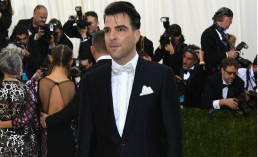 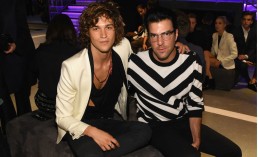 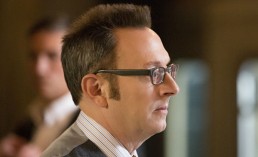