Training day is over. It's time for Outlander to go full Braveheart and take this war to the battlefield.

Claire (Caitriona Balfe) and Jamie (Sam Heughan) opened season 2 with the intention of stopping the Jacobite Rising in its tracks, but history was not on their side. Now at the center of the conflict, the Clan MacKenzie will get their first taste of blood in Saturday's "Prestonpans."

"The pressure cooker is on!" Caitriona Balfe told E! News. "The action really ramps up, and time is really pushing on Claire and Jamie, and on everyone. It gets really active and really intense, but yeah, we know that it doesn't all end very well, so it's got that doom sort of looming over it as well."

The time traveler believes fate is on their side, but that doesn't mean the Scots won't take a serious hit. Torn from the pages of history, the monumental battle holds a special place for those who bleed blue and white, particularly Hueghan.

"I'm excited about the next episode," the actor told the Los Angeles Times. "I think it's just something as a Scotsman its very close to our history."

Of course, that's not the only reason Heughan has touted episode 10 as one of the best the series has ever produced. Aside from excellent performances across the board, the hour will feature a couple an exciting twists.

"There are also just things that happened in that episode that are surprising," the Scot teased, evasive as ever.

What plot point is Heughan dancing around? We won't spoil it for you, but you can check out the summary below to get a feel for what will happen when Bonnie Prince Charles' forces take the field.

"Trusting in Claire's knowledge of "history," Jamie leads the Jacobite army into a critical battle with British opposition near the town of Preston," Starz revealed. "Meanwhile, Claire attends to the dead and dying, a reminder of the truest costs of war." 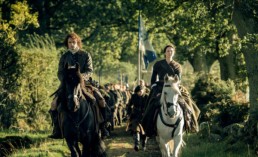 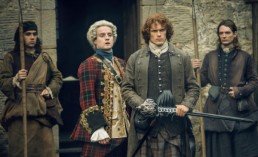 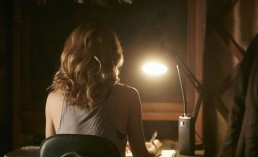 'Orphan Black' Season 4: Prepare For The Unexpected! Scoop On THAT Return & The Finale [VIDEO]