Dan Bilzerian played poker with one of the most popular comedians of the generation-- and won.

On Thursday, the Instagram celebrity posted a photo where he's at a poker table with a few players, one of them including actor and funnyman Kevin Hart. Bilzerian seems pretty pleased with himself as he plays the game while Hart looks a bit bewildered on what's going on.

In fact, the actor doesn't appear to be that great at poker, according to Bilzerian.

The social media playboy wrote in the caption that Hart is "so f-cking bad at poker, a guy bets into him on the river, Kevin has quads and he doesn't raise the guy. He forgot there was only 5 cards #toorichtocare."

This @kevinhart4real is so fucking bad at poker, a guy bets into him on the river, Kevin has quads and he doesn't raise the guy. He forgot there was only 5 cards #toorichtocare

When it comes to placing bets, Bilzerian seems to always know what he goes up against and has a habit of winning. Earlier this year, he went on a bicycle trip from Las Vegas to Los Angeles in just a couple days and reportedly won $600,000 from his pal Bill Perkins.

Perkins opened up with New York Post on how even though Bilzerian scored himself some more money, the trip left him in rough shape.

He also explained how the Instagram star had a van in front for part of the ride with the back doors open to lower resistance.

His drafting might have saved him 5,000 calories, but he had 14 hours in which to finish the bet," Perkins said. "I did a back-of-the-envelope calculation and realized that he would have won even without the drafting." 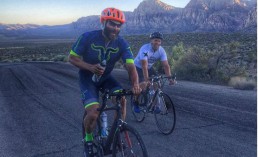 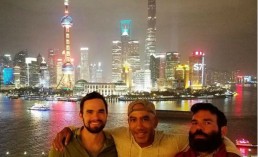 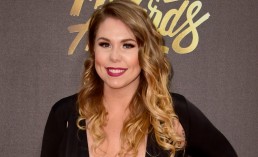