Behati Prinsloo is looking flawless in new released images of her baby belly.

On Sunday, Daily Mail posted photos of the model as she wore a black dress that pressed tightly against her stomach where her pregnant bump was in plain sight. And based on how big she's getting, it could be anytime now that she gives birth to her first child.

This is the first baby for Prinsloo and her husband, Adam Levine. He's been taking to Instagram lately to show other photos of his wife as she prepares to become a mother.

Levine and Prinsloo will be celebrating their two-year wedding anniversary next month. One thing in particular that these two have shared during their marriage is learning how to golf. The model previously dished to Access Hollywood on how she developed a liking for the athletic sport.

"I kind of got into it because [Adam]- on the road when I went on tour with him- the only time that they get kind of out of the bus would be on a golf course," Prinsloo said. "And I was like, 'Well, I might as well take a few lessons,' and I really liked it and got really into it. So yeah, he's really good."

The Maroon 5 singer also gives his wife some tips in the best way he can. 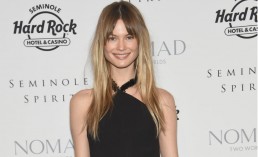 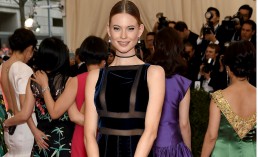 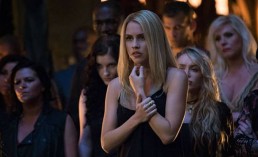