Len Goodman is reportedly set to come back for season 23 of ABC's Dancing With the Stars after signing a huge new deal.

Goodman apparently signed a deal for £3million, which translates to almost $4 million, according to a new report from The Sun. The deal would have Goodman returning as head judge of Dancing the Stars for the fall season. It's unclear at this time if the deal extends to season 24 in the spring.

"Len genuinely wanted to take a step back and enjoy a bit more free time. But he still has the energy of a man half his age so he thought why not. And the money is a bonus," a source told The Sun.

Goodman had been a judge for 20 seasons of Dancing With the Stars until he decided to take a break. The judge spent his time in his home land of England while season 21 was happening in the U.S.

"Len will not be returning as a judge this season on 'Dancing With the Stars' due to his schedule as a judge on 'Strictly Come Dancing' in the U.K. and the birth of his new grandson," DWTS showrunner Rob Wade said at the time. "He still might be involved in the season at some capacity, but we will have to wait and see. We are planning on having great guest judges for some shows to join Bruno [Tonioli], Carrie Ann [Inaba], and Julianne [Hough], and I'm sure we will see Len in the ballroom again soon."

Wade's words were correct as Goodman decided to come back for season 22, which concluded in May.

In the mean time, fans will eagerly anticipate who might be joining Dancing With the Stars for this upcoming fall season. No reports have officially come out yet on who might be interested, though they will soon begin coming through the summer.

Dancing With the Stars is slated to return for season 23 this fall on ABC. It will continue to air in its regular Mondays at 8 p.m. ET/PT timeslot. 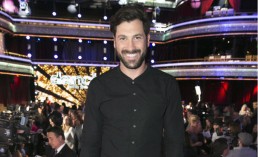 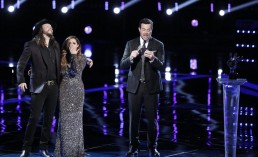 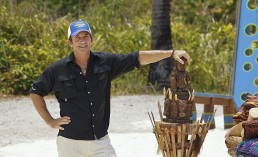