The 4th of July weekend is upon us, and if you're not exactly interested in going outside into the blazing hot sun, there are several shows you could binge-watch indoors!

Independence Day Weekend is for many things - barbecues, fireworks, bonfires, swimming, etc. But if you can't be bothered to go outside, there's plenty of TV for you to catch up on. Netflix, Hulu Plus, Amazon and more have plenty of options for you to binge-watch as you ring in the three-day weekend.

But before you dive head first into Netflix or Amazon's gigantic collection of shows, let's pick out some of our favorites.

Catastrophe is a great show to watch if you want something breezy, fun and hilarious to watch this weekend. The show stars Twitter legend Rob Delaney and Sharon Horgan as an American executive and a London schoolteacher whose one week of sex results in an accidental pregnancy. And of course, hijinks ensue! The first two seasons of Catastrophe, which are only six episodes each, are on Amazon.

If you're in the mood for some delightfully weird alt-comedy, Lady Dynamite is where it's at. The Netflix comedy series stars Maria Bamford as herself, a struggling actress working through some mental issues in addition to the absurdity of Hollywood. The show comes from the team behind Arrested Development and has a similar eccentric style. You can watch the first season of Lady Dynamite on Netflix.

Rick and Morty (Hulu Plus)

The twisted animated comedy Rick and Morty has aired two seasons on Adult Swim already, but they are now available to stream on Hulu Plus. If you haven't see it before, the show centers on young and innocent Morty and his mad scientist uncle Rick, who go on world and time traveling adventures. Watch the first two seasons of Rick and Morty on Hulu.

Mr. Robot burst onto the TV scene last year with an incredible first season on USA. The dark, addictive drama stars Rami Malek as Elliot Alderson, a computer hacker working for a corporation who gets involved with a dark web organization whose goal is to take down this corporation. You can watch the first season of Mr. Robot on Amazon here.

While the summer is often associated with sunny good times, Bloodline essentially takes that and twists it. The Netflix drama takes place in the beautiful Florida Keys, an idyllic paradise that has a very dark underbelly. The show centers on the dysfunctional Rayburns, a well known family with many secrets and skeletons in their closet. Watch the first two seasons of Bloodline on Netflix. 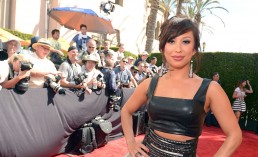 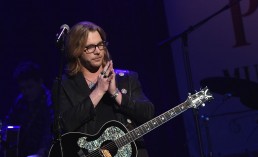 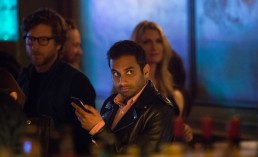