Is there any hope of Robin Hood (Sean Maguire) coming back to life in season 6 of ABC's Once Upon a Time?

Many Once Upon a Time fans were devastated when Robin died via Olympian Crystal in one of the final episodes of season 5. While Robin's sacrifice for Regina (Lana Parrilla) was seen as heroic and romantic, it still hurts to not have him around for many "Outlaw Queen" shippers.

Once Upon a Time co-creators Edward Kitsis and Adam Horowitz appeared at San Diego Comic-Con this weekend for the show's panel, revealing that Robin doesn't have much of a chance of coming back to life.

While there was the incident of Zeus bringing Hook (Colin O'Donoghue) back to life, the same won't be happening for Robin. "That was a one-time only Zeus interference," Kitsis said. However, "Everything that was said about the Olympian Crystal was said by Hades [Greg Germann], can we trust him?" Horowitz added. "That's a question some of our characters should and will ask."

This undoubtedly gave some fans a kernel of hope, but the showrunners spoke after the panel to Entertainment Weekly about Robin being dead and staying dead.

"The question was whether or not his spirit has moved on or is his soul truly obliterated," Kitsis noted. "What I was saying on the panel, perhaps not clearly enough, was that I choose to believe that Hades was lying and that Robin Hood's soul had moved on being such a good person."

"The characters should and hopefully will question what Hades says and whether that's true," Horowitz said. "That doesn't mean we're bringing Robin back. He died."

Although this is bad news for fans of Regina and Robin, Regina will certainly be busy with other problems in season 6. She will primarily be dealing with the fact that her evil alter ego, the Evil Queen, has separated from her and is now roaming the Earth. 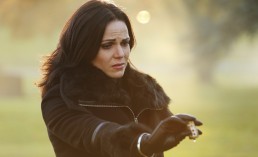 'Once Upon a Time' Season 6 Spoilers: Will Regina Lose Her Sassy Personality? [VIDEO] 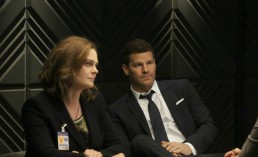 'Bones' Season 12 News: Why Did That Jeffersonian Intern Come Back In Finale? [VIDEO] 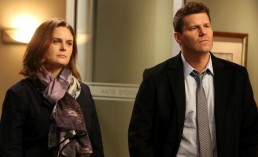 'Bones' Season 12 Spoilers: What Are The Final Conflicts For Brennan & Booth? [VIDEO]