Almost the entire house seems to be under one houseguest's spell, or "mist", in the Big Brother 18 house.

Friday was a rather eventful day in the Big Brother house, as the houseguests found out about America's Care Package. There was plenty of talk about who might get the first one, which is a Never-Not Pass, allowing the winning houseguest to avoid being a Have-Not for the rest of the summer.

Many of the houseguests were shocked to see that Natalie won the first America's Care Package, including Natalie herself! She was, however, very grateful and expressed her happiness multiple times.

Despite this indicating that she is popular, Natalie winning the Care Package actually caused more of a bash-session than usual among the other houseguests. From name-calling about her breasts to complaining about her being too "confident" after winning, houseguests like Paulie, Nicole and Michelle were basically seething with jealousy and confusion about Natalie being popular with America.

A few hours later, the Nomination ceremony was conducted and Paul nominated Bridgette and Paulie. Paul and Paulie previously worked out a plan to have Paulie be a pawn/strong competitor in the Veto competition, with their real target being Da'Vonne.

Paul and Paulie assured Bridgette both before and after the Nomination ceremony that she would be okay this week, though she later expressed to the camera that she can't really trust anyone and that the house is essentially against her.

Meanwhile, a relatively disturbing trend is forming in the Big Brother house. It seems that almost everyone has been successfully snowed by Paulie. Michelle expressed her undying loyalty to him on Friday, and Zakiyah, James, Nicole, Corey and Paul seem to feel the same sense of loyalty. Paulie is essentially running Paul's HOH reign, considering Paul was hellbent on getting out Bridgette this week but after several discussions with Paulie, has seemingly eased up on this and is putting Paulie's plan of backdooring Da'Vonne into motion.

It remains to be seen if anyone will catch on to how strong of a game Paulie is playing or if they will finally catch on as they walk out the door. 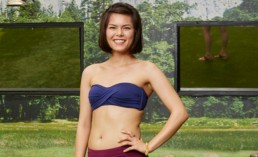 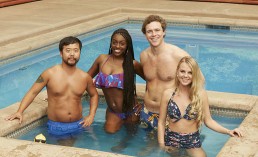 'Big Brother 18' Spoilers: Could Da'Vonne Or Nicole Be Next To Go? [VIDEO]