Noah is about to take his good guy charms to another level on Scream, but not before Audrey deals with more murder stuff.

On Friday, a sneak peek was released that shows Audrey visiting Noah at the hospital to check on him. He has his laptop with him, but doesn't seem too pleased to see anyone. So he asks her if she got the murder board down, which she did. But he wants her to "incinerate it."

Audrey cuts to another chase by telling her friend that there's another lead in his accomplice theory, but he doesn't want to deal with this anymore. Now that he's in the hospital and with Zoey being gone, he's done playing detective.

That's not the reason why Audrey came to see him though; she visited him so she could give him photo booth pictures that he took with Zoey when things were much better.

Audrey tells Noah that she went through the same thing with Rachel so she gets where he's coming from when a loved one dies. It's unfortunate for Noah especially since he points out how much Zoey understood him.

As heartfelt and distraught as the moment is, Audrey gets some messages on her phone coming from the infamous killer who won't stop harassing her.

When Noah says he's going to do another final podcast as a tribute to Zoey, the messages on Audrey's phone imply that more bloodshed is coming shortly. So after kissing her friend goodbye, she takes off rather abruptly to see what her next escapade with the madman will contain.

Check out the scene below. 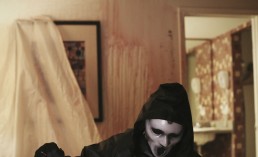 'Scream' Season 2 Spoilers: Killer Might Be Trapped On Campus As School Goes On Lock-Down [VIDEO] 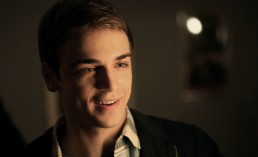 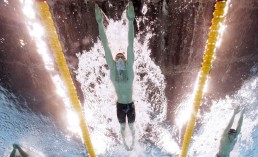