Is Noah about to fall for someone new in the third season of The Affair?

On Tuesday, Variety announced that a new character named Juliette Le Gall will be coming aboard the Showtime drama as a love interest for Noah. She's described as "someone who is running from her own secrets and who helps Noah process a trauma from his past and understand himself a little better."

If Juliette is going to be doing something like this for Noah, it could easily lead into an epic story.

The new character will be played by Irene Jacob whose previous credits include Three Colors: Red, U.S. Marshals and The Secret Garden as Mary's mother.

The first two seasons of the series embarked upon Noah and Alison's indiscretion with a backstory on what happened to Scotty. It was revealed that Alison was the one who pushed him into the road while Helen was the one driving the car. This leaves complications for everyone to deal with, according to Maura Tierney (Helen).

"Nobody's in the clear in season three," Tierney told Gold Derby. "Every season it's about the consequences of the choices made in the previous season, so it's going to be tricky for everyone in season three."

The actress also opened up on what she's learned about Helen so far and what makes her a joy to portray.

"She comes to terms with how not perfect she is," Tierney said. "In Noah's point of view she was kind of this perfect martyr, but then you find out she's a lot more culpable in what made her marriage vulnerable, and watching her learn that was fun to play." 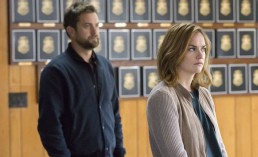 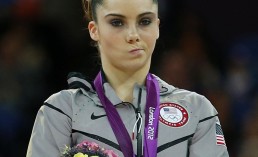