Gilmore Girls fans needn't worry; if you prudently avoided season 7, you will not be penalized when season 8 hits Netflix this fall. Those of you who did tune in for Lorelai and Rory's finale season won't have to worry about retreading old ground, and rightly so.

Season 7 was an inauspicious time for Gilmore Girls. Following failed contract negotiations, series creator and showrunner Amy Sherman-Palladino left the production in a move that caused the beloved series to falter. Although newer viewers are often warned away from the final season courtesy of sagacious older fans, the Netflix revival will cater to both sides.

"Well, it's not like it's "The Lost Weekend" and they're John Lennon and they don't remember," Sherman-Palladino told TV Line. "We weren't going to take something and do it even though Season 7 negated it. That wasn't going to happen. I wasn't going to say to the fans who stayed through Season 7, 'Hey, you all wasted your f-ing time for a whole season. So, ignore all that!'"

Luckily, the majority of the stories Sherman-Palladino planned for season 8 remain unsullied by previous events.

"The good thing about season 7 is, it didn't take certain story elements from me that I would've wanted to play," the writer explained, adding that although she has not watched all of the controversial episodes, she did run her revival plans past diehard fans.

Aside from one particular plot point, season 8 will jive with Gilmore Girls canon.

"There was one thing I wish... I'm not going to tell you," Sherman-Palladino hedged while speaking with TV Line at the Television Critics Association summer press tour. "It was the only thing where I was like, 'Ah, I'll go a different way.'"

Hmmm...the GG creator certainly knows how to get fans talking. We expect theories on this matter to range far and wide ahead of Gilmore Girls: A Year in the Life's November release. 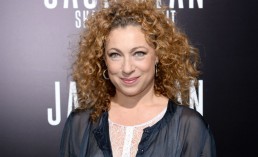 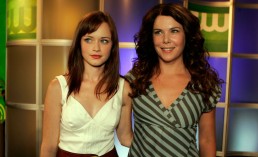 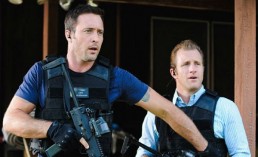