Mirror Master is no fool; the latest addition to The Flash's rogue's gallery won't take on the Scarlet Speedster without a little backup. Get ready for heads to spin as The Top comes to Central City this fall.

Ashley Rickards of One Tree Hill will return to The CW as Rosalind "Rosa" Dillion, according to E! Online. A female version of DC's Roscoe Dillion, Rosa will become Mirror Master's (Gray Damon) villainous accomplice as The Top. With and advanced intellect and the power to spin at superhuman speeds, Rickards character will make her debut in episode 4.

"It's kind of the origin of Mirror Master...We're really excited," executive producers Aaron and Todd Helbing told E!. "It's the origin story of him, but it's this struggle between Mirror Master and Captain Cold and you get to see who comes out on top."

Are we still in the Flashpoint universe? Barry's alternate timeline will only last for a few episodes, but, as the previously deceased Leonard Snart is set to appear across the DC TV universe this season, there's a chance that the Flash's meddling will help bring Cold back into the regular storyline. Is this an Earth-3 version of Snart, or has some sci-fi legerdemain gifted us with original recipe Captain Cold once more?

"I don't think it would be the best version of the show if we did half the season -- almost the whole season -- in Flashpoint," Todd Helbing told IGN. "That said, the things that Barry changed in the timeline really do ripple throughout the whole season. And that's really the depth I can go into. It'll all make sense after you watch the episode."

Whatever the case, the Flash will have a lot on his plate when Mirror Master, The Top, and Captain Cold collide in episode 4. 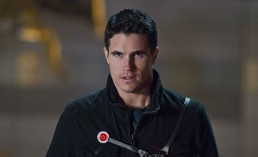 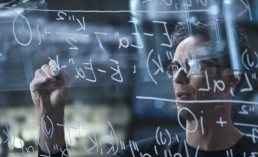