While Viola Davis may seem like the obvious favorite to win the Emmy for Outstanding Lead Actress in a Drama Series again, she has some strong competition.

Davis won the Emmy last year for the first season of How to Get Away With Murder, becoming the first black actress to win this category in Emmy history. She is nominated again this year and has a strong chance of winning, though there are a few actresses who could give her a run for her money.

Let's break down our thoughts on who has the best chance of winning the Emmy for Drama Lead Actress, ranked from least likely to most likely.

If this category awarded the "most" acting, Maslany would certainly have the trophy in the bag, having played an expanding list of different characters on Orphan Black. Unfortunately, the Emmys have always had an air of snobbism when it comes to genre shows unless they come with an air of prestige, like HBO's Game of Thrones. Maslany's performance has garnered a lot of passion over the years and remains strong, but the show is now in it's fourth season and the buzz for both her and the show has faded to the point where we can't see her winning the Emmy.

Henson is on her second nomination for playing the outrageous Cookie Lyon in Empire. The series continues to be one of the highest-rated on television despite some dips in both ratings and critical attention. Regardless, Henson remains one of the most positive buzzed-about elements of the show, and her popularity helped carry her to a Golden Globe earlier this year. But Empire has received very little Emmy attention since it began despite many viable nominations it could have received, suggesting voters simply don't respect the show as much as others. This will likely prevent her from winning for this second season.

It's no secret that Danes is an Emmy darling, having already won twice for Homeland and once for the TV movie Temple Grandin. This is her fifth consecutive nomination for playing troubled CIA agent Carrie Mathison in the Showtime series, and considering Emmy voters are still voting for her here and the show in Drama Series suggests there's still some passion. This probably puts Danes above Henson and Maslany, though Homeland is also at the point in its run where voters might feel a sense of "been there-done that."

3. Keri Russell as Elizabeth Jennings in The Americans

Russell is the only new nominee in this category, having benefited greatly from the new wave of The Americans love this year. Considering she is the sole fresh nominee in this group, it's possible that Emmy voters will want to reward the "fresh blood." Russell is also a bit of a TV and movie veteran who has worked with all sorts of people over the years, so this first nomination could even translate to a surprise win. Unfortunately, Russell's performance is a bit more subtle than the rest of her competition, which probably won't give her the win - at least not this year.

2. Robin Wright as Claire Underwood in House of Cards

Outside of Wright's icy performance as First Lady Claire Underwood in House of Cards, the actress might have a lot of outside factors in her favor. First, she publicly fought for wage equality between her and co-star Kevin Spacey and won. There's also the fact that a powerful female is the nominee of a major presidential party for the first time this year, and many parallels have been drawn between the Clintons and the Underwoods. Plus, House of Cards received a whopping eight acting nominations this year, suggesting the acting branch of the Academy really loves the show. Wright has a great shot of taking home her first Emmy in September, with the only thing holding her back being her rather frigid and stoic character.

1. Viola Davis as Annalise Keating in How to Get Away with Murder

Despite Wright and Russell's strengths, Davis's strengths are even more impressive. Her role on How to Get Away with Murder expanded further in season 2, with plenty of juicy storylines she got to work with and display her acting chops. There's also the fact that she was the most consistently praised aspect of box office smash Suicide Squad. Then there's the buzz of her highly anticipated film Fences, which could net her an Oscar win next year. She's also coming off two consecutive Screen Actors Guild award wins. Everything is coming up Davis right now, and we think she has at least one more Emmy win in her.

Who will win the Emmy for Outstanding Lead Actress in a Drama Series? 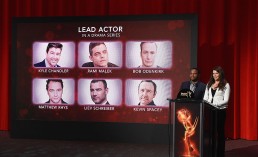 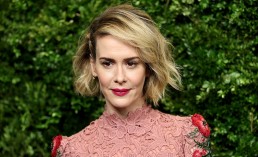 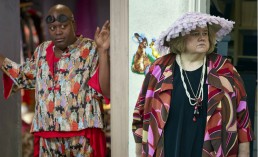