Celebrities might be standing by Chris Brown after a woman accused him of pointing a gun at her, but his alleged anger issues might have cost him a slot on a major show.

An insider told Page Six, “50 [Cent] promised Chris a big role on ‘Power’ playing a drug dealer. But 50 didn’t consult with the network first, and execs were not happy when they found out about it. The network insisted that Chris’ casting was not going to happen, because of fear about his anger issues. There was a big blowup, and they had to tell Chris he was not going to get the role. The news was delivered to him early Monday. He was livid.”

If true, this came just hours before he had a standoff with police after a woman Baylee Curran claimed he pointed a gun at her after he and his friends kicked her out of his home.

Police arrived at his home and stayed outside for hours as Brown barricaded himself inside the Los Angeles house. He refused to let police in and demanded they get a warrant. They returned with a warrant and Brown came out of his home. He was taken into custody and released on a $250K bail.

While Brown might have lost his spot on the show, 50 made it clear he stood by him after the incident. See what he had to say below.

I have a different relationship with Chris, That's my boy.I watched him come up, a lot of the s*** he go threw is crazy to me. If your not safe at home when do you get a break? If someone calls 911 and says you pulled a gun on them in your house, are the police coming to creat a bunker at the end of your drive way for 11 hours to wait for a search warrant? Then live stream it, This must be VIP Treatment. SMH 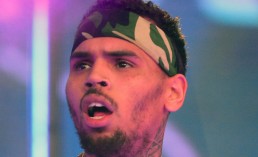 Chris Brown News Now: Texts Could Prove His Accuser Wanted To 'Set Him Up' [VIDEO] 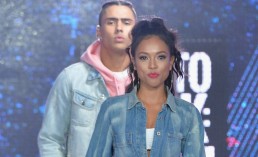 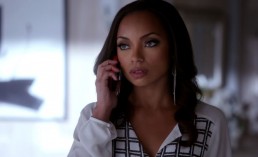