The Flash's Barry Allen will return from the world of Flashpoint only to find himself face to face with another nefarious speedster just four episodes later.

The Internet is abuzz over Kevin Smith's new episode title, and, while we collectively freak out over the return of Killer Frost, we also need to address an entirely different spoiler the director inadvertently revealed on Wednesday. Savitar will make an appearance in episode 7, and the opening scenes may serve as his initial introduction.

Smith innocently posted the following photo, which was quickly snatched up by fans and subjected to a change in contrast. In addition to revealing the title, this enhancement gifted fans with the following snippet.

In the setup for the opening scene, viewers will see a "...monstrous armored speedster known as SAVITAR..."

If only we could make out more! From the way in which Savitar is described and identified, this could be his big debut. As pedestrians run in terror and Joe (Jesse L. Martin) headbutts an acolyte, the Flash (Grant Gustin) will be on hand to save the day. Can he really go head to head with the god-like speedster and his devoted followers?

"Savitar in Hindu means 'the god of speed,' and he has this sort of cult-like essence, where he's sort of like the speed god," co-showrunner Todd Helbing told TV Line . "But everything about him is different than Zoom or Reverse-Flash. I can't go into too much detail, but he's quite a bit different."

Find out more when The Flash returns to The CW on Oct. 4 at 8 p.m. ET. Click the video below to see a preview for the series' next episode, "Flashpoint." 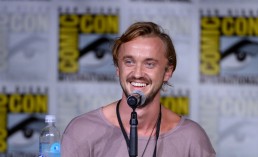 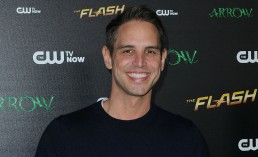 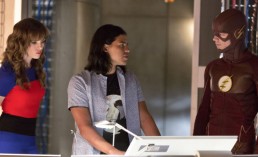