Big Brother 18 is slated to conclude tonight, and one of the showrunners remains uncertain as to why one player in particular is getting so much hate this season.

Only James Huling, Nicole Franzel and Paul Abrahamian are left in the fight for the title of Big Brother winner and the $500,000 grand prize that comes with it. This season has seen many ups and downs, with plenty of backstabbing, showmances and changing opinions about various houseguests.

But one thing that has been consistent throughout the season is the dislike of Nicole. Nicole was one of the fan favorites from season 16 and while her game was promising at the beginning of this current 18th season, her summer was mostly spent lying in bed with fellow houseguest Corey Brooks. It wasn't until around Final 7 time when Nicole became a truly active player in this game who fought for her survival, and many fans haven't been impressed with her.

Big Brother show runners Allison Grodner and Rich Meehan spoke with The Hollywood Reporter's Brian Porreca about the fanbase's dislike of Nicole, with the former admitting she doesn't quite understand it.

"I'm actually not sure. Rich, do you have an opinion on that? And maybe you know Brian. I've seen it. I've certainly seen the negativity about her online and I'm not sure why," Grodner said. "It's hard to say. I'm not saying this is the case, but sometimes I look at how men and women are treated differently. There's a double standard in terms of them being an aggressive game player if you're a man and being applauded for it. And being a sneaky, 'backstabby' game player as a woman and suddenly maybe you're a b----."

Of course, fans will gladly point out that their dislike of Nicole isn't so much having to do with her aggressive gameplay, but rather her personal choices in the game. Hooking up with Corey, who isn't exactly a ball of charisma, certainly didn't help in some fans' eyes, and her game-long crusade against other females in the house was even more frustrating for fans.

Now, Nicole is one competition away from potentially winning Big Brother, and it remains to be seen how fans would react if she does end up winning the $500,000. Past winners like BB15's Andy Herren weren't as liked by fans during their seasons, but have since earned some respect among the Big Brother community for the game they played. 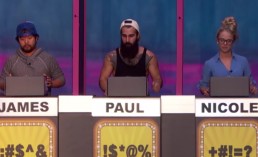 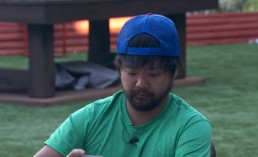 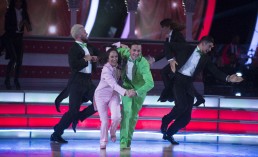 'Dancing With the Stars' Season 23 Cast: Ryan Lochte Was 'Crying' & 'Wanted To Quit' After Premiere [VIDEO]