He was expressing how angry, upset and hurt he was by them all boycotting his wedding to Quinn (Rena Sofer) when he suddenly collapsed, and now, Eric's (John McCook) loved ones will all be panicked about what led to his sudden health crisis on The Bold and the Beautiful.

After Eric is rushed to the hospital, those who stayed behind will be left to wonder if their actions, which caused Eric immense amounts of pain and heartbreak, are to blame for what happened now, even though they felt at the time that it was right to boycott the wedding because they knew Quinn wasn't someone he should marry. And as they all wait for answers, Thomas (Pierson Fode) will admit that they all played a role in this current situation, and whatever happens to Eric is on everyone.

"We're all at fault here," he says in a preview clip for the Thursday, September 29 episode.

Realizing that what he says is true will bring Pam (Alley Mills) to tears, because she realized when Eric confronted her that he was right to say what he did to her, because while she may have thought Quinn was crazy and not suited for Eric, she had her own bouts of crazy behaviors in the past, ones which Eric forgave her for. And now, she will lament the fact that she repaid his kindness with harsh actions.

"I haven't always been as stable as I am now, but no matter how nutty I got, Eric never held it against me," she says in the clip. "I left. I just walked out. That's how I repaid him."

Meanwhile, at the hospital, Quinn is struggling to find out answers about Eric's current condition, but is hitting a wall of silence, not only because of Eric's family, but because they hadn't yet signed their marriage license, meaning that she isn't legally his wife, and the doctors won't tell her anything.

"Can you just answer me? He's my husband!" She shouts in the clip. 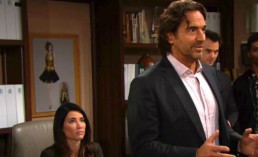 'Bold and the Beautiful' (B&B) Spoilers: Eric's Confrontation With Ridge & Others Takes An Unexpected Turn [VIDEO] 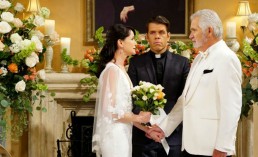 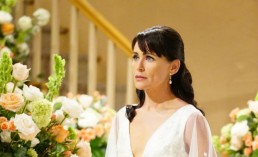