It's a dreary Monday. The weather's trying to figure out if it wants to downpour or not, and it's just humid enough to be uncomfortable yet cold enough to warrant a sweater.

Despite it being about as exciting outside as it is to stare down a bowl of oatmeal, there's also hope in the air. Long gone are the short-shorts and strappy tanks of summer, only to make way for boots, raw-hem denim and even a duster coat or two. A New York fall is filled with hope and an air only New York can get -- and designer Kristi Vosbeck is the perfect designer to encapsulate just that.

By meshing vintage pieces with a bit of edge, Vosbeck has the innate ability of being able to showcase the female form without revealing too much skin. There's something risque yet decidedly classic with each design, from feathery miniskirts to beaded jumpsuits -- classic silhouettes, re-interpreted with just enough of an edge to make a statement on both the red carpet and less formal occasions.

Enstars sat down with Kristi for more perspective on the line:

Enstars: Did you grow up wanting to be a designer?

Kristi: Fashion and clothing have always been an important part of my life. I grew up spending time at The Palace Shoe and Clothing, helping throughout the year--especially during the holiday season, making window displays and helping customers. I would attend the seasonal buying markets in Minneapolis with my parents and watch as they placed orders for the store. Sometimes I would even get to have one of the samples from the vendors. I also participated in The Palace's fashion shows.

Although I grew up around clothes, I never considered fashion as a career. In high school I became involved in Mock Trial and we made it all the way to regional competition. I enjoyed the experience and began considering a career as an attorney.

Did you try your hand at law first? How did you end up getting into fashion?

I graduated from Colorado College in 2003 with a degree in Political Science/ International Relations. Throughout college, art and fashion remained a passion and I took as many studio art classes as I could ﬁt in, from Opera, to studying art and painting in Paris.

Still on the legal track after graduation, I attended University of San Diego and received my paralegal degree. I worked for one year at a law firm and decided I was ready for law school. While I was studying for the LSAT I took a part-time job at an upscale fashion boutique. This was to be my 'interim' job until I went to law school.

I loved working at the boutique and being around clothes again. I had fun playing personal stylist to the customers and was able to model in the store's fashion show. After I received acceptance into law school, I began to have doubts about becoming a lawyer. I knew deep down inside I wanted to be creative and felt called to fashion! Without telling family or friends, at the same time I was considering which law school to attend, I applied to Parsons The New School of Design while I was still living in San Diego. After hearing that I was accepted into Parsons, I had to choose between Law and Fashion! I decided to make the move to NYC and explore fashion design.

Were you able to use your law background while working in fashion?

As it turned out, I was able to utilize my legal background to form my LLC company and was even granted a scholarship to The Fashion Law Bootcamp, and joined professionals from across the country for a two-week intensive program at Fordham Law school. Fashion Law has recently been established by Susan Scafidi and I can't wait to see how this new field will develop. I was also selected to be a part of the inaugural class of Design Entrepreneurs New York City, which gave me the tools to strengthen my business skills and built a community of New York-based designers who I collaborate with often, including my most recent NYFW Runway show which featured my classmate Marcia Budet's jewelry.

What were some of the biggest things you learned from your very first collection to your most recent?

Over the years I have learned to take in the critiques, but also listen to my heart. I've found that sometimes your greatest creations will be those that were discouraged.

Do you have a favorite piece or a certain style you always find yourself coming back to?

My favorite pieces have the signature KV pointed bodice.

I imagine designing and curating a fashion show can be really stressful! What's your de-stressing routine like? Did you try to get some R&R in before your NYFW show?

All I wanted that morning was a massage, but there was no time! Also, working out three times a week equals sanity!

I enjoy doing yoga and going for runs when I can, and spending time with family. And my daughter Kira makes me smile and puts things into perspective.

Do you have any dream clients or any event you'd love to dress a client for?

I love Cate Blanchett and would love to dress her!

I would also love to dress stars for the Met Gala, Oscars, Emmys, and Tonys. It would be thrilling to dress Charlize Theron or Emily Blunt.

In your opinion, what sets New York designers apart?

I think there is something special about the community of New York-made designers. Their work feels alive. This city never skips a beat and I think it fosters the creativity that is reflected in the work.

What is your one piece of atypical advice for anyone looking to become a designer?

I would advise them to try to learn every aspect from pattern making to accounting and come up with a business plan. Make your goals and set a realistic timeline and budget.

Finally, any sneak peeks to what your next collection holds?

I'll be expanding to do more bridal gowns, including two for my close friends! 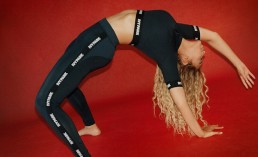 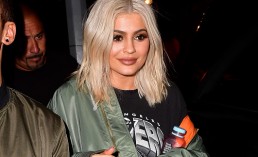 Kylie Jenner New Lip Kit: Is It Worth 'Smiling' About? [PHOTO] 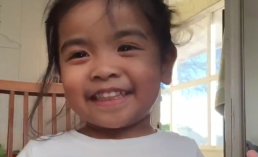 Cutest Makeup Tutorial Ever: Watch This 3-Year-Old Show Us How It's Done [VIDEO]

Brian Laundrie NOT Dead? Fugitive's Family Sparks Suspicions After Refusing to do THIS

Mystery Behind Val Bisoglio Cause of Death: 'Saturday Night Fever' Actor Dead at 95

Joanna Cameron Cause of Death Tragic: 'The Secrets of Isis' Star Was 70

Alec Baldwin Forgiven by Halyna Hutchins' Father, But Son is Very 'Lost Without his Mother'