Samsung is not yet done with their Galaxy Note 7 crisis. It was reported that the company has decided to stop the production of the smart phone temporarily.

According to The Guardian, Samsung has already deepened its recall of the model and it has already suspended the ongoing production of the smart phone. The reason for this is because the new replacement phones were found to have faulty batteries and some of which have caught fire.

There are also photographs circulating in many social media sites of users who have reported that their new replacement phones still have some battery and safety issues. Earlier, there was one incident in a Southwest Airlines flight in Kentucky where a passenger's replacement Note 7 started making weird noises after boarding the plane.

On Sunday, AT&T would stop providing their users with replacement Samsung Galaxy Note 7 phones. This is because of the reports that the replacement phones still contained unsafe batteries.

The Verge reported that Verizon also announced that they would no longer offer replacement for Note 7 to its users. The company is the latest carrier to halt sales after major carriers around the world.

In the US alone, at least five replacement Note 7 phones have been reported to catch fire. As of writing, the federal regulators and the Consumer Product Safety Commission are investigating the said reports.

With the recent recall and the suspension of the production, this could be the worst recall crisis of the company. It is expected that Samsung might lose $5 billion in revenue.

Despite the situation, Samsung is still gaining in revenues as its profit rose to 6 percent by the third quarter. They were able to sell over $76 million smartphones in the second quarter this year. As of writing, the company has already gained $43.9 billion despite Samsung Galaxy Note 7 losses, thanks to their other electronic products. 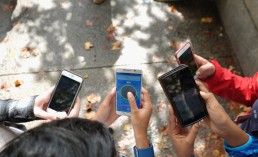