Eminem has revealed that he's currently working on a new album, but in the mean time, he has released an epic new anti-Donald Trump song.

Add Eminem to the list of anti-Trump celebrities. The rapper just released a 7+ minute song called "Campaign Speech", in which he raps about the dangers of Trump and so much more. He raps about dunking "a bunch of Trump supporters underwater" before launching into a tirade about the man himself:

"Consider me a dangerous man/ But you should be afraid of this dang candidate/ You say Trump don't kiss a- like a puppet?/ 'Cause he runs his campaign with his own cash for the funding?/ And that's what you wanted?/ A f---in' loose cannon who's blunt with his hand on the button/ Who doesn't have to answer to no one?/ Great idea!"

Ironically, Eminem and Trump have a past that involves the race for presidency. In 2004, Eminem launched the Shady Party to promote his album, Encore, and got Trump to "endorse" his candidacy for president.

"When the Shady Party called and told me there's going to be a convention, I said it's got to be a really big one-and it's got to be right here in New York," Trump said in his home state, a week before Election Day. "Because this is the best city anywhere in the world. Am I right? Of course I'm right. I'm always right -- I'm Donald Trump, I'm always right. I know a winner when I see one, and Donald Trump is telling you right now, Slim Shady is a winner. He's got brains, he's got guts, and he's got Donald Trump's vote!"

Eminem's rap certainly hypes up his fans for new music. The rapper assured fans on Twitter, "Don't worry I'm working on an album." His last studio album was 2013's The Marshall Mathers LP 2, which features such hits as "Berserk", "The Monster" and "Rap God". He also provided music for the 2015 boxing-themed movie Southpaw. 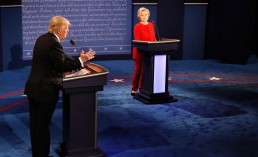 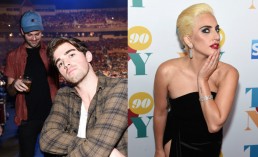 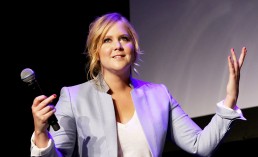