Aaron Rodgers and Olivia Munn may be taking their dogs a bit too seriously.

Although it is perfectly normal for pet owners to share photos of their animals on social media, the dogs belonging to the Green Bay Packers quarterback and his actress girlfriend, Munn, have their own Instagram accounts, where new photos and updates are regularly shared.

In one of Chance Rodgers' latest photos, the pup is seen posing with Munn. In the caption, a message reads, "Making time for the fans."

In another one of Chance's recent photos, a magazine clipping from People Magazine is seen, which features the dog and the other dog of Rodgers and Munn, Frankie Rogers, as the magazine's "Super Star Pets."

In the caption of the photo below, Chance's moderator wrote, "Thanks for the pub @people!"

In People Magazine's clip, it was revealed that Rodgers and Munn's dogs have over 60,000 followers combined. Munn also joked that her dogs “are looking to sell waist trainers, detox teas and hopefully one day come out with a Lip Kit.”

“I’m sure Kris Jenner is reading this right now, and I encourage her to move quickly if she wants to represent them," she added.

For more of Olivia Munn and Aaron Rodgers' relationship, check out her interview below. 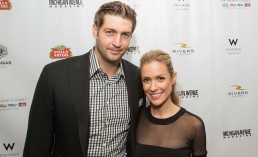 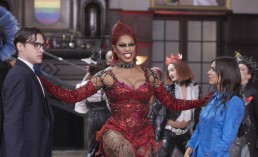