Thanksgiving is over, which means it's time to ring in the holiday season with Disney.

Cameron, Boye, Carson and Stewart are performing "Jolly to the Core" while Carson will go solo on "Silent Night". McClain is set to perform "This Christmas".

Other musicians will sing during the event as well, including Forever In Your Mind (singing "Celebrate"), Garth Brooks and Trisha Yearwood, and Kelly Clarkson.

"ABC stars and Disney Channel stars Jenna Ortega and Isaak Presley, of 'Stuck in the Middle,' and 'Bizaardvark' stars Olivia Rodrigo and Madison Hu will join Carson and Boyce in surprising families from around the country, who are dedicated to various philanthropic efforts, with once-in-a-lifetime experiences throughout Walt Disney World Resort," says Disney.

Disney Parks Presents: A Descendants Magical Holiday Celebration is set to begin at 8 p.m. ET/PT on the Disney Channel, and will end at 9 p.m. ET/PT.

If you cannot watch the Disney Channel special on cable television but still wish to view it live, you can view a live stream of the channel here.

To live tweet and follow along with others who are watching the Disney Parks Presents: A Descendants Magical Holiday Celebration special, use hashtag #DescendantsHoliday on Twitter. 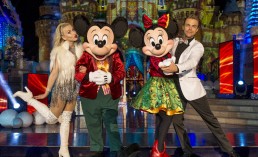 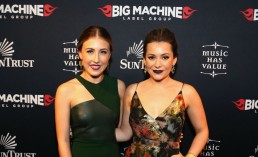 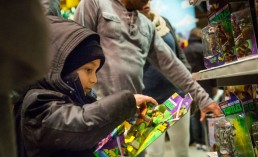