The holiday season is finally here and stores are gearing up for Black Friday sales in just two days time, causing several parents to be on the look-out for the best deals on the toys their kids are asking for most this year.

Several top toy picks, as well as kid-friendly tech toys, and character-themed options are among the top brands of toys that are being offered in this year's sales. In addition to specific items receiving discounts, deals will also include toy department wide sales as well, with Target offering Buy One Get One 50 percent off all toys from Disney Princess, VTech, Star Wars: Rogue One, Marvel, Our Generation, TMNT, Melissa and Doug, My Little Pony, Hot Wheels and Nerf, while Kohl's is simply taking 50 percent off the entire stock of Fisher-Price, Playskool, Little Tikes, Step2, Barbie, Hot Wheels, Matchbox, Nerf, Tonka, Play-Doh, Jumping Beans Imaginext, and Little People toys.

But can parents actually get some of the top toys of the season that every kid seems to want on sale on Black Friday? This year, the answer it yes, with toys that made all the top toy lists from retailers, as well as  others that received mentions, are all on sale this year. Enstars has compiled a list of some of those hottest toys  being sought after this season that will be offered at discounted prices on Black Friday:

No, you're not reading that wrong. Hatchimals, by far the most popular (and hardest toy to track down) this year is on sale at Walmart this Black Friday, going for $48.88.

The hottest toy for the youngest kids on your list is going for only $29.99 at Toys R Us as a limited time only doorbuster Thanksgiving Night

Little Super Heros can unwrap this Christmas Morning if their parents buy it at Target on Black Friday for $49.99

Still don't know why a kid would want a toy that's literally called Stinky, but if your kid wants it, Target's got it for $49.99

This version of the popular Hoverboard craze will be at Kohl's for $349.99 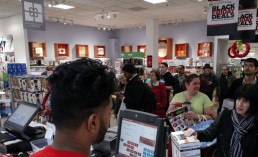 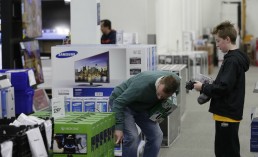 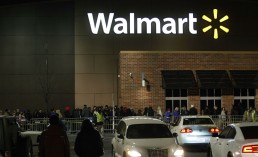