Selena Gomez and Taylor Swift have been friends for years now. However, this year, the two were not seen celebrating Thanksgiving together as it was rumored that the former Disney child star turned down Tay's invitation. Is this the end of friendship for them? Are they feuding?

The Kill Me With Kindness hit maker has always been part of Taylor's squad and all these years while she is recovering from her breakup with Justin Bieber, Tay has always been there for her. Things between them got tensed as it was lately rumored that Gomez gave Biebs another chance when he started communicating to her again while she was in a rehab in Tennessee for depression a few months ago.

This made the Bad Blood singer mad and 'livid' in that she wrote angry note to Selena that ends their friendship on the spot. Gomez, meanwhile, reacted badly to it as it made her "went from sad to angry very fast," according to Inquistr.

This is not the first time that the two close friends are reportedly feuding. Back in June, the Shake It Off singer got wind of a possible Jelena reunion which caused tension in their friendship in such that they were not on speaking terms anymore since then.

These rumors were pointed to have caused a rift between the two close friends and thus, ended up with Selena not spending Thanksgiving with Tay. Then again, another source presented another reason, this time, a more positive one, explaining why Selena turned down her pal's invitation.

According to Hollywood Life, the Same Old Love singer just wanted to spend the celebration with her family and she wanted to prioritize spending time with them these days.

As to reports that the two were not communicating anymore, the source debunked those rumors saying that the two singers were actually getting in touch with each other every day and will find some time to hang out very soon.

Taylor Swift reportedly acted like a backbone to Selena Gomez in her entire breakup and recovery phase from Justin Bieber.Tay had listened to Gomez' endless complaints about being cheated on. But in the end, will still witness her best friend trying to rekindle her relationship with her old flame Justin Bieber. 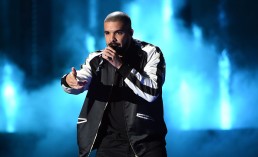 Drake Dating Another Chris Brown's Ex-GF? Rapper Cozied Up With Karrueche Tran At AMA After Party