Drake threw a star-studded post AMA party after he bagged four awards in this year's music festival. But guess who was one of his visitors, Karrueche Tran. Is this another stunt to infuriate Chris Brown?

Drake and Breezy have been in rivalry in their conquest for Rihanna. However, weeks since the Canadian rapper broke up with Rih, he was spotted 'getting cozy' with Brown's latest ex-girlfriend.

Well, dating rumors may rest for now as a source from Hollywood Life said that the interaction looks innocent with the two of them just exchanging pleasantries. The source, however, cannot help but link the meeting with Drake's latest breakup with the BBHMM earlier this month said to have sprung from their busy schedules.

Drake's recent meeting with Karrueche Tran in his AMAs bash may also spark bad blood again with Breezy following reported 'threats of gang violence' from the Loyal singer. Will this be a sequel of their controversial brawl over Rihanna in 2012?

Meanwhile, the rapper's party on Sunday made headlines with celebrity guests Kendall Jenner, Shawn Mendes, Diplo, Heidi Klum and Kourtney Kardashian making an appearance at the Los Angeles restaurant Delilah in West Hollywood, according to People.

Aside from paparazzi shots, the rapper personally post photos on Instagram showing his father, Dennis Graham, pal Shawn Mendes and the band members for Fifth Harmony.

Kylie and close pals Karlie Kloss, Joan Smalls and Jordyn Woods were also enjoying the night doing their version of the mannequin challenge.

Nial Horran was also seen sharing a drink with a couple of friends and in another snap, the former One Direction member is seen singing with Mendes. The Weeknd, on the other hand, wants to avoid the paparazzi and thus came in late around 2am and reportedly entered the club through its backdoor.

Not only did Drake invited pop singers, he also The Tokio Hotel bandmates, Bill and Tom who had its heyday in the early 2000s. According to Popsugar, the band will have its European Tour in 2017.

Among Drake's guests, Kendall Jenner made headlines when she was seen being flirty with rumored new boyfriend, Lakers star Jordan Clarkson with the paparazzi witnessing the couple exchanging hugs and kisses on the cheek. 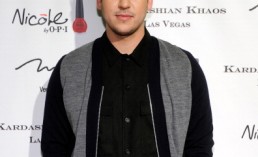 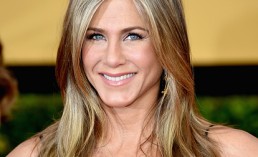 Jennifer Aniston Shares Her Struggles Of Being ‘A Sad, Childless Human’