Ben Affleck and Jennifer Garner have been spotted together by paparazzi a couple of times lately fueling new reconciliation rumors. This came amidst another set of reports debunking the rekindling rumors with sources saying that Affleck has moved on and has actually been going out with Zoe Saldana.

Despite their separation more than a year ago, the estranged couple maintained an amicable relationship in co-parenting their three kids-Violet, Seraphina and Samuel and have even lived together under the same roof but in different rooms in her Pacific Palisades house.

But well, feelings may not be mutual anymore as the actor is said to have a relationship with "Live By Night" co-star Zoe Saldana. Relationship rumors spread like wildfire during the filming of an intimate love scene and backed up by a previous interview with the actress gushing about Ben's 'empathy for what we go through.' The actress also expressed being comfortable working with him, IB Times reported.

Jen may have been oblivious with the recent rumors as she continued to hang out with Ben and spent a sacred hour on Sunday church with their three kids this week, as shown in photos from Mail Online.

The recent photos appeared after last week's rumor that the "Miracles from Heaven" actress is willing to give her estranged husband a second chance in one condition that he 'cleaned up his act.'

On Monday, the two were seen again together with their son Samuel after they are thought to have grabbed coffee and had breakfast at The Farm inside Brentwood's Country Mart in Los Angeles. They are in their casual clothes and mundane demeanor.

Ben and Jen's split in 2015 but are yet to finalize their divorce said to be done this year. Since then, the two reportedly underwent couple counseling and have seen together with kids on special occasions including Ben's birthday and in their Christmas getaway last year.

The two, however, were not seen their wedding rings anymore since the separation. 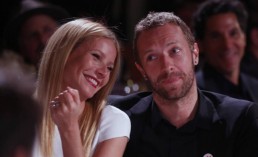