Since their breakup in 2014, Paltrow and Chris have remained friends and have been in several occasions and vacation getaways as part of their co-parenting agreement. But would it be possible for the ex-couple who stayed together for ten years to realize they can still fix their relationship?

The reports came up this week as a source from Radar Online claimed that things "fizzled out" between the GOOP entrepreneur and the Glee producer. The outlet mentioned that the real reason behind their failed relationship is Falchuk's decision not to divorce with his ex-wife.

Tension heightened when the producer did not attend the actress' Mexican birthday vacation in September. Media sources have not seen them together for quite a while now which may signal that their relationship is facing deep trouble.

This made the 44-year old actress changed her mind and made her want Martin again recalling that they used to have "a sizzling chemistry when they first got together."

These rumors, however, should be taken with a grain of salt as involved parties had not confirmed its validity. Also, Gossip Cop debunks the reports saying they are "complete nonsense" and has no truth in it.

The news site particularly pointed out the falsity of rumors saying that the award-winning actress "regrets pulling the plug" in her relationship with Chris.

Meanwhile, the Iron Man actress has been invited as one of the guests of the premiere night for the extra exaggerated comedy, Nightcap.

She will be joining other celebs like Sarah Jessica Parker and Michael J. Fox together with the show's regular cast members in the show.

Explaining in an interview with People, Ali Wenthworth said that the comedy show will feature a fictitious talk show named Nightcap with Jimmy wherein fans can see the guest celebs perform the exaggerated, hilarious versions of themselves.

She went on saying that working with their guest celebs has been "fun" considering the "crazy stuff" that the guests will do in the show. 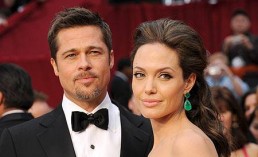