Since the news of Inhumans IMAX and TV series, avid fans of Marvel Cinematic Universe are staying in tuned for updates on its release date. Marvel's Inhumans were already introduced on another Marvel TV Series, but making them into an independent show is simply interesting, from their abilities, superpowers and of course their costumes. That is what the superhero company is best on, the overall appearance of the characters remains solid despite being crushed or bombed by villains.

In a recent report from Comicbook, the show will focus on the product of royal family Crystal and Inhuman mutant Quicksilver, Inhumans led by their King, Black Bolt, and the members of the royal family. The show which is set on the moon using IMAX tech is the first of its kind, will start showing its first two episodes on IMAX cinema followed by an 8-episode show on ABC. It is already revealed that the TV series will premiere on September 26, 2017, and episode finale on November 14, 2017.

Initial reports of Digital Spy already confirmed that the two episodes of Inhumans will be shown on IMAX cinemas on September 1, 2016, and two weeks onwards. The strategy of Marvel Studios to launch the show in cinemas brought was about by the indefinite date of the production for its live-action movie version. In this way, viewers will be drawn to cinemas and also it is a marketing strategy to bring in more profit.

This move may be a first step for other TV series to launch cinema versions in order to attract its viewers if it does work well with the Inhumans. The catch of the show is not only on that because the characters themselves are just as interesting and intriguing. The upcoming Marvel TV series will explore the origins of the royal family who are genetically manipulated. 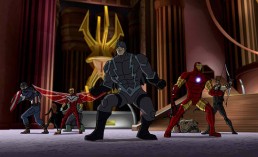 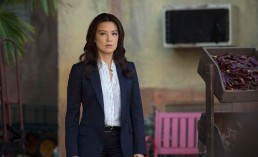 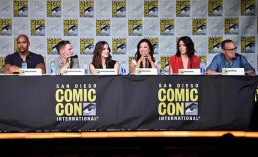 "Agents of S.H.I.E.L.D" to face Ghost Rider's uncontrollable "thirst for vengeance"; as Episode 5 of Season 4 airs on Oct 25