This year marks the 20th anniversary of George R.R. Martin's A Song of Ice and Fire series. Although a lot are still waiting for the release of The Winds of Winter, Apple announced the special version of the best-selling novel, A Game of Thrones: Enhanced Edition for iBooks.

The tech giant shared three videos of Martin on its YouTube channel talking about the improved version edition of his novel series. He started to elaborate the first book A Game of Thrones and discussed in the two-minute clip about the first sequences he wrote, according to Mac Rumors.

Martin recalled that he began telling the story of the Stark kids' dire wolves, the iron throne, and Daenerys Targaryen. The short clip is complete with moving illustrations that picture every tale he has said.

However, as The Winds of Winter is not yet released, he only talked about A Clash of King and A Storm of Swords. These videos only run for 30 seconds each and Martin can be seen chatting about the books' themes complete with animation.

Meanwhile, Apple promotes A Game of Thrones: Enhanced Edition on its own website. "We're now entering a new period in the history of publishing," Martin described.

"The digital book gives readers the ability to experience all this rich secondary material that had not been possible before," he added. Martin even said with pride that this version will make readers know everything about the world of Game of Thrones.

The bookworms can even go deeper into the history of the great Westeros and other houses. This includes sigils, annotations, glossaries, family trees, interactive maps and much more.

Also, the preview of The Winds of Winter can be seen in A Game of Thrones: Enhanced Edition. The new versions of A Game of Thrones, A Clash of Kings, A Storm of Swords, A Feast for Crows and A Dance of Dragons are all available in the iBook Store for $8.99 to $11.99. 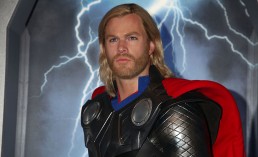 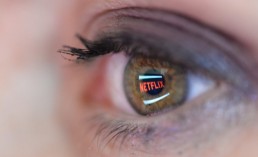