The producers of Fox's Bones were not the ones to decide season 12 would be the final season.

Fox's powers that be were the ones who pulled the plug on Bones, as suggested by the show's cast and creator. Bones creator Hart Hanson appeared at the Television Critics Association press tour on Wednesday alongside stars Emily Deschanel (who plays Brennan) and David Boreanaz (Booth) to explain the situation.

"It wasn't our decision," Hanson revealed, of the show's cancellation. "We were told it was our last year. It wasn't that we called the network and said, 'We'd like to finish now.' I'm not sure anybody is terribly upset or terribly shocked that it would be the last year."

Indeed, 12 seasons is a great run for a show on network television and while Deschanel was bittersweet about the announcement of the end of Bones, she sounded happy with what they had created.

"It would be ungracious of us to be fighting against them canceling us, but yeah, it wasn't our decision," Deschanel said at the panel. "But we've had a great run!"

However, there may be hope left for Bones fans. While the series will conclude after 12 episodes this spring, there is the very real possibility of a revival. Fox has already dabbled in reviving beloved series like The X-Files, Prison Break and 24, so a Bones return is within the realm of possibility.

"I think those things are always possible, and very desirable," Hanson said, of a revival.

But would Deschanel and Boreanaz want to return to their respective characters again? While both actors have arguably become most well known for playing Brennan and Booth, their comments at the panel suggested they're ready to move on.

"I would say I would like some time before I consider that," Deschanel added. "We've put in 12 years into the show and that's not nothing. It'll be really weird to say goodbye, very emotional to say goodbye, until next week like, 'Okay, coming back!' Such an emotional roller coaster. That's not to say I wouldn't consider it in a certain amount of time, but I think we need to have some time pass before I consider it." 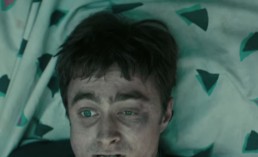 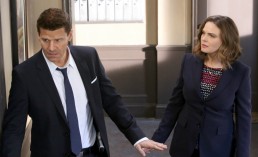 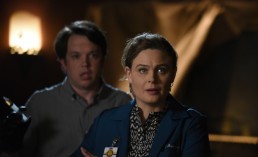