So now that Hilary Duff is single again, it is time for a new boyfriend for her - music producer Matthew Koma. Both of them have been spotted going around the various spots of Hollywood together.

Hilary took Matthew Koma to the hotel where she had her first wedding night with her first husband, Mike Comrie. The new couple hung out at Santa Barbara's San Ysidro Ranch, according to celeb dirty laundry.

Hilary began to sidle up to her new man, Mathew. They were seen in a close embrace at Woodland Hills café. She had her arms over him. They even entwined their hands around each other and shared a kiss at one point, according to us magazine.

Hillary's friends and fans aren't too enamoured by her new affair, though. She had broken up with her ex-boyfriend and trainer Jason Walsh last December. Hilary's friends had been rather shocked to hear about it, as the couple had gone on a vacation to Mexico before Thanksgiving. A number of her fans are even taken aback by him.

The surprise has been strengthened by a spotting of Hillary with ex-husband Mike Comrie only last month during a romantic date just before the vacation. The two had spent a long time together with their four-year-old son, Luca. There are reports of Hillary spending a lot of vacations with Mike when she hangs out with her family. Still, she does not want to give her relationship with Mike another chance.

Even for Hollywood celebrities, Hillary Duff looks rather shocking. Many of her fans even call her a "serial dater", as she got linked up with a number of men, including Joel Madden, Frankie Muniz, and Aaron Carter.

Having become single again, it really looks like she is jumping from one affair to another. 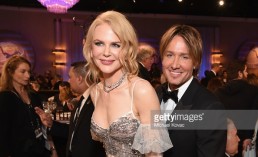