Tarek El Moussa is pretty bridled about rumors regarding his divorce from Christina El Moussa. So he tried to set the record straight.

Due to a number of reports regarding the Flip or Flop with Christina, his image has taken a beating. Recently, In Touch reported that he called Christina a "whore."

But one thing the controversies seem to have done is - shot up the ratings of their show! The numbers for their HGTV series Thursday were clear that controversy can actually be good for showbiz. The reality show topped the cable ratings and beat a couple of NBA games by quite a substantial margin, according to Daily Mail.

Tarek didn't like many things that had been said about him. For instance, one source said that Tarek "found humor in insulting his wife in repeated verbal attacks. Some of his bad behavior was even caught on camera [in footage that never aired]."

Flip or Flop crew members got appalled but did not get surprised. "He said things like that all the time and then laughed about it," said one source. "Tarek treated Christina like garbage."

While both the stars did not comment, Tarek at last opened up last Wednesday, when he said through Instagram and Twitter accounts: "No matter the lies, innuendo, salacious gossip and "fake news" that is thrown at me from irresponsible media outlets via anonymous sources, I will keep my focus on what matters most, which is co-parenting our children and working hard on our business."

Still, the main parenting duties seem to be mainly from Christina, who "is overwhelmed" by life without her husband and is working hard to keep it all together after their split. After Tarek moved out of their home, his former wife appears to be relying on a team of nannies to pitch in with help for their small children, even as she switches between business obligations and household work.

So far, Christina has said nothing about the report. The tabloid also disclosed that after breaking up, both the celebrities got separate publicists: Howard Bragman for Tarek and Cassie Zebisch for Christina, according to E!

They were married in 2009 and have two children. They declared on Dec. 12 last year that they were separating, due to an incident on that occurred seven months earlier.

Police visited the El Moussas' Orange County home in May 2016, after they got a "call of a possibly suicidal male with a gun." Hence, Tarek ran out with a gun and dropped it only after he was seen by a helicopter. Later, Tarek told the cops that he did not want to inflict harm on his own body, but only was trying to "blow off some steam."

The couple was clear that it was only a "misunderstanding," as Tarek went for a hike and carried a gun for "protection" from animals in the mountain - lions, bobcats, coyotes and rattlesnakes.

Now, both have decided to go on with their professional lives. The latest episodes of Flip or Flop were supposed to be filmed only in 2017, so that they could meet some contractual obligations. Following that, the show was supposed to end. 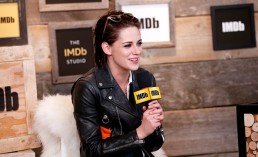 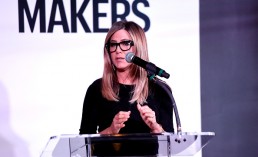