Hideo Kojima is planning something different for "Death Stranding." Not much has been revealed about the game, but fans can expect something they have never played before.

In an interview with BBC News, Hideo Kojima said that "Death Stranding" is a game that people can get into easily. However, after an hour or two, gamers will start to notice something a little bit different.

Hideo Kojima said that the "Death Stranding" will have a different approach. He likened his games to musical bands that everyone remembers. Bands that constantly change its music from the previous album while adapting and evolving through the ages will bring in new fans.

The man behind the legendary "Metal Gear" series has been identified with characters that are reported to be overly sexualized. In fact, the first teaser of "Death Stranding" has showcased Norman Reedus naked walking in the midst of dead marine life.

However, Hideo Kojima said that he wants to avoid games featuring characters with big breasts but has no back story, just like what gamers see in other games. He elaborates that characters in "Death Stranding" will have a specific reason why they should look that way.

Meanwhile, trailers of "Death Stranding" had fans speculate that the setting of the game will be a world post-apocalypse. The game's location could well be in the scenic town of Saint Malo, France. The look of electrical poles and architectural designs seem a giveaway, according to Video Games Republic.

Hideo Kojima is keeping the fans of "Death Stranding" guessing what the timeline of the much awaited game is. In the trailer, the community looked advanced, but the planes and weapons looked like it came from the World War II.

Aside from Norman Reedus, Mads Mikkelsen will also star as the antagonist, while Guillermo del Toro will also play a character. "Death Stranding" has an unconfirmed release date, but fans expect the game to come out on 2019. 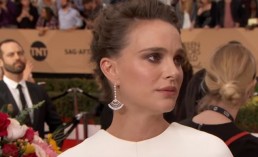 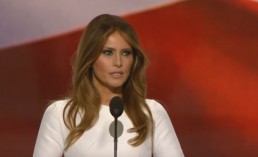