Sam Heughan and Caitriona Balfe are on war of words over who will win the Six Nations rugby clash in Edinburgh. The "Outlander" stars are betting on the showdown at Murrayfield of Scotland versus Ireland.

Sam Heughan started the war of words in Twitter by asking Caitriona Balfe if she wants to make a bet this Saturday. The Irish beauty responded to bring it on and telling the Scottish actor to enjoy the optimism now because, perhaps, his team is going down. The "Outlander" actor also told Caitriona that the loser will have to wear the other team's shirt.

So... @caitrionambalfe
Want to make a bet who wins this Saturday??@SixNationsRugby @Scotlandteam @IrishRugby
Could cause trouble on set..

The war of words between Sam Heughan and Caitriona Balfe comes after the news that the two stars were caught up in true to life drama. While on location for filming the "Outlander" Season 3 in Ayrshire, a woman fell and hurt herself.

According to a report by Daily Record, a 29 year old woman fell close to Dunure Castle. The "Outlander" film crew was reported to have offered to transport the ambulance staff in their 4x4 to get to the patient faster. Sam Heughan thanked the crew for his quick thinking and aiding the woman.

Meanwhile, rumours are rife that the Sam Heughan and Caitriona Balfe romance might be over as soon as "Outlander" Season 3 is over. There have been reports that some big bosses are eyeing the Scot hunk to be the next James Bond. Some fans believe that he might just dump the 37 year old actress once the historical time travel drama series ends.

"Outlander" first aired on television in August 2014, and rumors of Sam Heughan and Caitriona Balfe's romance began. Viewers have noticed right away the strong chemistry between the two stars who played Jamie and Claire. However, neither Sam Heughan nor Caitriona Balfe has admitted to a real life romance. 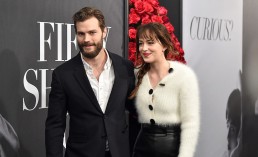 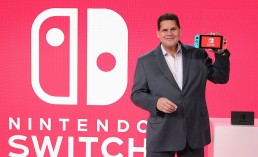 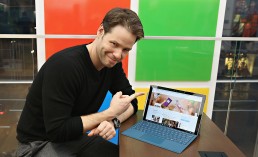