The game enthusiasts are now pretty interested to know the gameplay of the upcoming "The Last of Us 2." In fact, since the sequel' was revealed at the PlayStation Experience 2016, fan-made theories and assumptions started swirling.

It has been said that "The Last of Us 2" is still in its early developments. However, this is the only thing known about the game. Sony and Naughty Dog bosses have remained mum for giving any details about the title. But in a recent tweet exchange of the "The Last of Us" and "Uncharted 4" director Neil Druckman with a fan, he revealed something about the much-awaited game.

As reported by Daily Star, the fan asked Druckman if the team behind "The Last of Us 2" can avoid having a deep connection with politics just like the first installment. "No can do. Writers work off of their views of the world. For example, the ending of 'TLoU' is very much inspired by my 'personal politics,'" the director responded.

Moreover, Naughty Dog has been known for misleading its fans with its games trailers. Hence, game enthusiasts and avid fans are now investigating "The Last of Us 2" teaser. According to GamesRadar, some noticed that Ellie is wearing a man's shirt because it is buttoned on the side. Though, knowing that its gameplay allows the characters to "scavenge" everything they can, the game's protagonist might only wear it wrong.

Some also perceived that Joel took his own life before the "The Last of Us 2" took place. It has been said that the gun he was holding was the weapon he used and it would forever me remembered and instilled in the mind of Ellie. "What are you doing kiddo? Are you really going to go through with this?" this statement, too, made everyone puzzled like he was trying to influence the one he was talking to.

Nevertheless, this might just be a twist in "The Last of Us 2." The game is known for having a "buddy combat system," thus Ellie will need a companion to help her through to survive. But this, too, has been opposed to the thought the Ellie could be pushing Joel on to somebody else.

© 2020 ENSTARS, All rights reserved. Do not reproduce without permission.
TAGSNaughty Dog Ellie Joel The Last of Us The Last of Us 2
SEE COMMENT
CLOSE COMMENT 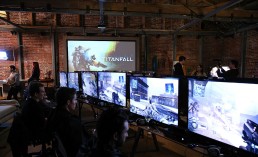 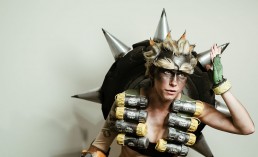 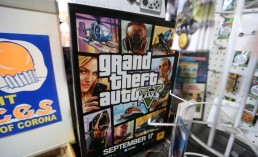