Ozzy Lusth has come very close to winning Survivor twice, and now he's going for the victory one more time.

Ozzy joins a very elite club of Survivor players to have played four times, alongside Rupert Boneham, Boston Rob Mariano and his Survivor: Game Changers castmate Cirie Fields. Can he finally win on his fourth try like Boston Rob did?

In his first season, Survivor: Cook Islands, Ozzy emerged as one of the all-time great challenge performers. Shortly after the tribe swap in the pre-merge, he aligned with Yul Kwon, Becky Lee and Sundra Oakley and pulled off one of the most impressive comebacks in Survivor history. After Candice Cody and Jonathan Penner mutinied from their tribe, the remaining Aitu members powered through in the Immunity Challenges and sent the Raro tribe to three consecutive Tribal Councils.

They then decimated the rest of the Raro tribe after the merge until they were the only four left. Ozzy won all but one Immunity Challenge after the merge and made it to the Final Tribal Council, where he received four votes to win. Unfortunately, the more strategic Yul was seen as the brains behind the operation and received five votes, crowning him the winner.

Ozzy returned in Survivor: Micronesia - Fans vs. Favorites as one of the standout heroes. He quickly gained an alliance with Amanda Kimmel, Parvati Shallow and James Clement and got through the pre-merge. Yet his arrogance towards others began to show, and others began to wonder if he could win his way out in the post-merge. The votes flipped against him at the Final 9 and Ozzy was blindsided with a Hidden Immunity Idol in his pocket.

Then, Ozzy returned for Survivor: South Pacific, the second Redemption Island season. He emerged as a leader of his tribe yet again and won many challenges both individual and for his tribe throughout the game. However, his attitude towards castaways like John Cochran proved to be his undoing again when Cochran flipped on his tribe, making them the minority. Ozzy was picked off by the majority alliance and sent to Redemption Island, where he would win out against all competitors.

Ozzy returned at the Final 5 and won Immunity again, advancing him to the Final 4 with just one challenge to go to cement a place in the Final Tribal Council. However, his dreams were thwarted again when Sophie Clarke won the challenge and the tribe voted him out in fourth place.

Now 35 years old, Ozzy considers himself "older and wiser," according to his CBS bio and he is still haunted by that final Immunity loss. He says the thing he most regrets from his previous Survivor stints is "choking on the final challenge" of South Pacific.

He intends on being more mindful about people he is aligning with explaining that he hopes to "build my original alliance more carefully." Can he pull it off? 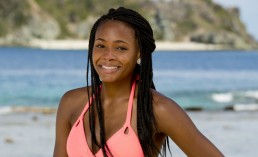