This year, Netflix's comedy-drama web television series, "Orange Is The New Black" comes back with brand new episodes composing for its brand new fifth season. Several updates and speculations regarding the happenings that fans might expect on the upcoming season have already been appearing online.

Since its last release from its previous season on June last year, viewers and fans of "Orange Is The New Black" have been anticipating for the show to come back. Now that it has been officially announced that the web series is to be expected a few months later this year, fans have never been so excited especially on the future of their favorite "OITNB" characters.

On an interview with E!News, the cast of "Orange Is The New Black" revealed some of the hints that fans might want to know regarding on the show's upcoming season. Actress Danielle Brooks, who portrays the role of Tasha "Taystee" Jefferson, revealed that the upcoming season has a different theme compared to the previous ones. The actress said that the fifth season's storyline will be much interesting, one that viewers would definitely love.

Moreover, the start-up to the end of the "Orange Is The New Black" season 5 episodes will reportedly be very intense and emotional as well. Brooks added that the days at the penitentiary will be included, which would make the entire season very detailed and concise.

Actress Taylor Schilling, who portrays the role of Piper Chapman, said that the people behind "Orange Is The New Black" have thoroughly prepared the upcoming fifth season, knowing that the bar raised for the previous seasons were high. The actress praised the team comprising the production of the web series, who were mainly the reason why the series keeps bagging awards, including the most recent Screen Actor Guild Awards.

Meanwhile, on a report from People, actress Laverne Cox, who plays the character Sophia Burset, said that she has been a fan of "Orange Is The New Black" even being a part of it. She described the upcoming season as 'juicy' and amazing scenarios will reportedly be witnesses by all fans of the show.

However, as per the source, one character will reportedly be killed in "Orange Is The New Black" season 5. Poussey Washington, a character played by actress Samira Wiley, will reportedly die because of a prison riot. Furthermore, the police will apparently cover up the situation, which will result in more violent occurrences. 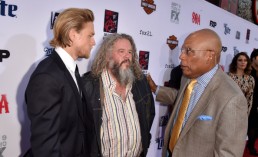 "Sons Of Anarchy" News: Charlie Hunnam Confirmed He Will Not Be Joining Spin-Off "Mayans MC" But Is Looking Forward To Watch It [VIDEO] 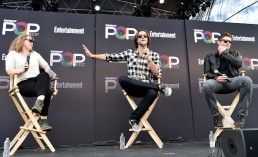 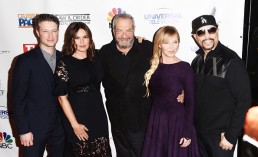