Starz's most awaited return of its adventure sci-fi romantic drama series, "Outlander" has been talked about since the day it aired its previous season finale. Fans have been expressing their excitement over the events that are going to happen on the upcoming season, and the next chapter for the characters' lives.

It was on July last year that the previous season of "Outlander" took its end. And while it might be a little while for the fans and viewers to see the series again, many speculations and spoilers have already been appearing online. This is especially because the second season's finale episode left viewers with some cliffhanging scenarios that would need answers on season 3.

According to Express UK, actress Caitriona Balfe, who portrays the lead role Claire Randall Fraser, revealed during an interview that "Outlander" season 3 is going to have more bed scenes with her husband on the series, Sam Heughan's character, Jamie MacKenzie Fraser. As it can be remembered, the previous episodes of the Starz series featured a lot of intimate scenes between the two characters, and Balfe confirmed that those scenarios are still going to be seen in the third season.

It has also been reported that "Outlander" season 3 is going to have a separate story line compared to the previous seasons. In an interview with Entertainment Tonight, Balfe revealed that the upcoming season will be a bit new, and the team behind the drama series have apparently been flipping its story from its head. She added that the crew and actors have found it fun to be doing some stories that is quite different from what they have done before.

"Outlander" season 3 is reportedly based on the third novel from author Diana Gabaldon's Outlander series, "Voyager." It is set to follow the main characters, Claire's life in Boston and Jaimie's endeavor at the Battle of Culloden before they get reunited.

"Outlander" season 3 is expected to return on September 2017. 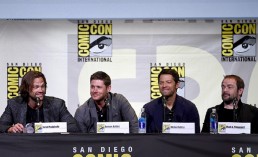 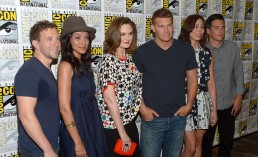