On the previous episode of "Legends Of Tomorrow" season 2 aired last week with the title "Camelot/3000", it featured Time Master Rip Hunter (Arthur Darvill) killing Charles McNider (Kwesi Ameyaw) when he tracked him down in the year 3000. McNider was a member of the Justice Society of America. After Hunter killed him, he then took his fragment of the Spear.

Meanwhile, Gideon (Amy Pemberton), the artificial intelligence of the Waverider, had located the next fragment on the time of King Arthur in medieval England. Revealed in the closing part of the previous episode of "Legends Of Tomorrow" season 2 was Gideon, actually programmed secretly to be loyal to Rip Hunter. The scenario showed was Hunter contacting Gideon when he got imprisoned in the brig.

According to Comic Book, the promotional photos for the thirteenth episode of "Legends Of Tomorrow" season 2 has already been officially released. As per the source, the superheroes on the upcoming episode will get stuck on the land before time, during the prehistoric era when dinosaurs dominated the Earth. They will even apparently face dinosaurs on episode 13.

The promotional photos also reportedly highlighted Sara Lance/White Canary (Caity Lotz), Jefferson "Jax" Jackson/Firestorm (Franz Drameh), Martin Stein/Firestorm (Victor Garber), and Mick Rory/Chronos (Dominic Purcell). As reported on Comic Book Movie, on next week's episode of "Legends Of Tomorrow" season 2, the superheroes will reportedly get into Rip Hunter's subconscious to hopefully bring back the cheerful side of his personality.

"Legends Of Tomorrow" season 2 returns on March 7, 2017, on The CW. Check out the official extended promo below. 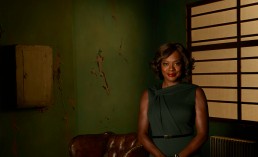 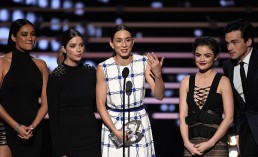