"Days of Our Lives" spoilers show that the upcoming episodes will briefly veer away from the usual drama involving heavy conflicts and confrontations. For a moment, it will be about Dario as his suppressed feelings for Abigail gets harder to conceal.

"Days of Our Lives" spoilers teased that Dario is struggling to keep what he feel for Abigail under control. First of all, she is already married to Chad so he tries to think in a realistic way. He knows that all that Abigail can give him is friendship.

However, his efforts seem futile as he cannot stop thinking about her. Dario will really have a hard time in "Days of Our Lives" as he is seeing Abigail beyond friendship and he cannot help it.

This predicament can get worst and what will happen next will be very interesting as Abigail and Dario will have to team up for a new project in "Days of Our Lives." They will work as partners so it means they will be spending more time together. Apparently, this is not good because his desires will only grow and it is possible that Abigail will learn about his feelings for her soon.

Nevertheless, "Days of Our Lives" spoilers hint that Abigail may just ignore it since, in the first place, she returned to Salem to fix her marriage and make her family whole again. But on Dario's part, he could not be completely blamed for developing special feelings for her because it was him with whom Abigail turned to when she first returned to Salem.

Dario helped Abigail get her life back and even told her bits of advice on fixing her marriage with Chad. And now, Dario wished that he encouraged Abigail to just move on and forget about her husband in "Days of Our Lives." Being a good guy, Dario wants the best for Abigail but how long can he hide his feelings? He is consumed with the thoughts of being involved with Abigail in a really romantic way.

Elsewhere on "Days of Our Lives," Soap Hub mentioned that Jade just found out about his father Hal's medical condition. He has been suffering from cirrhosis and he badly needed a liver transplant. Hal will only survive if he is lucky to find a compatible donor and the compatibility rate of being a match is high if the liver is from any of his family members. Hal asked his daughter is she can be tested to see if she's a match but Jade immediately declined after recalling how he treated her badly in the past.

After further consideration, Jade agreed to be tested to save her father by donating part of her liver if the test returns positive. Meanwhile, "Days of Our Lives" will lose Arianne Zucker as she did not renew her contract to continue her role as Nicole. AOL News reported that the actress will only stay in DOOL until April. 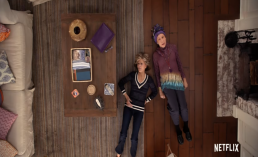 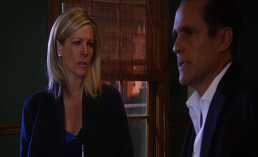 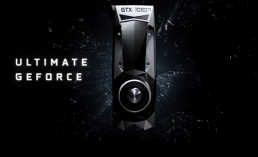