The filming for the much awaited "Avengers: Infinity War" has already begun. And a lot of fans are now getting pretty excited to know who might show up in the third superhero team-up film. However, it seems like one of the main stars of the movie series is still unsure if whether or not he would appear.

Samuel L. Jackson, the actor who is currently playing as former S.H.I.E.L.D. director Nick Fury, hasn't been filled in yet about "Avengers: Infinity War." According to Jackson during his talk with Collider, Marvel has yet to inform him about his appearance in the third superhero team-up movie. The publication then informed the "Kong: Skull Island" actor that Fury is set to be included in the film.

"You know that?! How do you know that, and I don't know that?! You know that, for real?!" Jackson said. He further noted that he has been asking Marvel about his potential appearance in "Avengers: Infinity War." Sadly, the actor did not give further details about the topic, specifically the filming date - or even a confirmation.

The only ones that have already been confirmed in "Avengers: Infinity War" are: Robert Downey Jr. (Iron Man), Chris Pratt (Star-Lord) and Tom Holland (Spider-Man). These actors were featured in the first-look for the movie, GameSpot reported.

Meanwhile, there have been some rumors circulating lately, suggesting that Bucky Barnes (Sebastian Stan) may return in "Avengers: Infinity War." Enstarz reported that Barnes, who was previously known as the Winter Soldier, may carry the mantle of Captain America in the next film. This, however, has yet to be confirmed by both Marvel and Stan. That being said, it's advisable to view this as nothing more but a speculation - or perhaps a rumor. 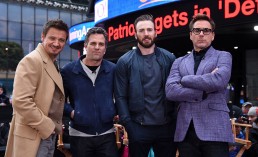 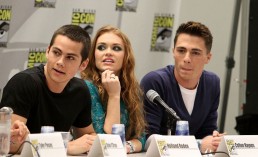 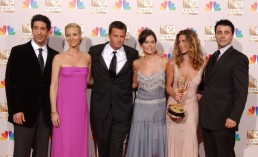