"Suits" Season 6 is over and it saw Mike finally passing the examination. Jessica saved the day for him and now it would be interesting to see how things turn up in "Suits" Season 7.

With the curtains coming down on "Suits" Season 6, fans are waiting for the next season and creator Aaron Korsh has come up with a detailed explanation about the storyline and the things that have transpired, Deadline claimed. In an interview, Korsh said that "Suits" Season 7 would see Mike coming back to the firm as a full-fledged lawyer and it would give viewers a chance to see what life is like for him in the new phase.

Also, now that he is neither a lawyer nor a fraud, the change in dynamics will affect his relationships with everyone at the firm. Korsh also said that "Suits" Season 7 would explore a little more about Donna as Season 6 left her wanting more. According to him, "Suits" Season 7 would usher in a new start for everyone at the firm and it would be a launching pad for all of them. When asked about Oliver's arrival, he said that no one should assume anything but Mike would ultimately involve them up to some level or other.

In response to the query regarding Jessica's return in "Suits" Season 6, he said that initially the writers had thought of bringing back Julius and there were some other persons as well that they wanted to bring back, Entertainment Weekly has learned. However, the moment they mentioned Jessica, it struck him that there could not be any more triumphant return for her than this.

Korsh admitted that he just loved the idea. The whole concept of Jessica coming back seemed good to him. However, he also said that they have a lot of sad endings coming up on "Suits" Season 7 and this comeback of Jessica felt like a good one.

It is worth mentioning here that "Suits" Season 7 is expected to return to TV screens this summer. 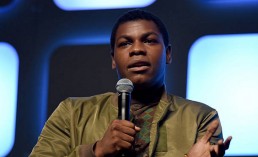 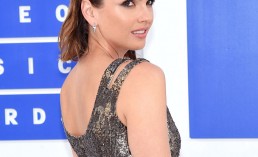 ‘Days of Our Lives’ Spoilers: Abby Finds Out About Chad and Gabi, Deimos Pleads and Steve Saves Kayla