The Star Wars franchise has been known to give difficult time to its actors in terms of dialogues. The outlandish dialogues of the sci-fi movie were not easy for many and now John Boyega, who plays Finn in the eighth installment i.e. "Star Wars: The Last Jedi," has vented out his frustration about the same on social media.

John Boyega, who is playing Finn in the upcoming "Star Wars: The Last Jedi," recently shared the trouble he experienced while delivering his tricky dialogues in the movie, Express has learned. The actor shared a picture on Instagram that shows him looking at a framed illustration. The illustration shows a mighty frustrated Finn, below which is written "BIO-HEXACRYPT."

Boyega has captioned the post saying that it is a gift from Rian C Johnson (who is the writer and director of "Star Wars: The Last Jedi"). He also wrote that he was expressing his frustration with the most complex Star Wars lingo. Interestingly, the post has sparked off speculation among fans and they are trying to decrypt the quirky word Boyega shared on Instagram.

Meanwhile, this is not the first time that a Star Wars actor has vent out their frustration with the difficult dialogues. According to Yahoo, Harrison Ford, who plays Han Sloo, once told director George Lucas that he could type the words but he could not say it for sure. The late Carrie Fisher aka Princess Leia, also revealed that one of her dialogues was her least favorite and she hated it so much that it motivated her to become a writer.

Mark Hamill too had his share of woes and one Luke Skywalker speech gave him a damn tough time. He found it preposterous to the core and pretty absurd. He even asked George as to who talked like that. Well, it would be interesting to watch how "Star Wars: The Last Jedi" characters mouth their outlandish dialogues.

"Star Wars: The Last Jedi" arrives in theaters on Dec. 15. 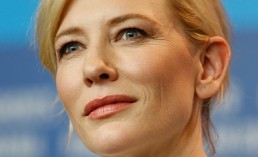