The "Dark Souls 3" is slated to receive its final DLC titled "The Ringed City" more than a week from now. But before the last expansion of the video game was released, Bandai Namco along with FromSoftware has rolled out new weapons and PvP Maps.

According to Daily Express, the "Dark Souls 3" Ringed City downloadable content pack is scheduled to be rolled out on March 28. But before the expansion's launch date, FromSoftware and Bandai Namco will be adding two new player-vs-player maps. This encompasses the Dragon Ruins and Grand Roof map; both of which will become accessible starting March 24.

Moreover, it was also worth mentioning that new maps will be free to the "Dark Souls 3" players who own the season pass. On the other hand, those who have the first piece of DLC, titled Ashes of Ariandel can also access the maps. But then, the most exciting part of the update is the brand new multiplayer feature which has been looked forward by Bandai Namco's fans. Also, the undead Match will deliver the "Dark Souls 3" gamers the skill to team up with friends outside of the game's sequestered competitions.

Furthermore, Eurogamer has noted that it is intriguing that upon "Drak Souls 3' DLC titled "The Ringed City" launch, the matchmaking will permit for friends to stay on the same team in PvP and they will be able to fight against random guests. It can be remembered that before, the players can only play together with friends in private matches or they could risk not remaining on the same team.

Additionally, Bandai Namco publicized a short hint of "Dark Souls 3" expansion; The Ringed City's single-player content during the live stream. It was noticeable that one of the new areas which is called The Dreg Heap, bear a resemblance to the visual of "Dark Souls 3's" frightening kiln inference. It was also noted that the stage will be created around a lineage down a mountain with abundant Assassin's Creed-style rises of faiths from countless elevations wherein ash will break the gamer's fall.

The "Dark Souls 3" is accessible to PC, PlayStation 4 and Xbox One. Meanwhile, the video game's players will have to wait until March 28 before they could download the "The Ringed City" expansion. 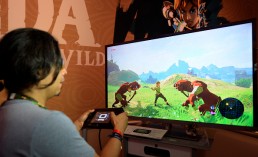 ‘The Legend of Zelda: Breath of the Wild’ Tips: Here’s Why Players Should Do Fast Travel Less Often [VIDEO] 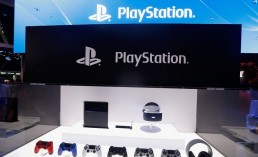 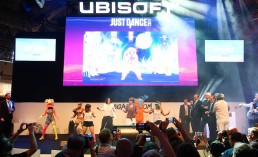