As the series comes close to approaching its season finale, The CW's superhero crime action drama, "Arrow" season 5 comes back this week for another exciting episode. The season is already on its seventeenth episode and the events are getting more exciting and darker with the Green Arrow and the rest of the team.

On the previous episode of "Arrow" season 5 aired last week, it featured Stephen Amell's character Oliver Queen/Green Arrow and the other superheroes in the team to track down the location of Coast City reporter, Susan Williams (Carly Pope). She was held captive and her location was unknown by the team. Later on, they were finally able to locate her, with the help of Felicity Smoak (Emily Bett Rickards) and her allies.

However, on the last part of the previous episode of "Arrow" season 5, the team were led to a trap made by the villain, Prometheus (Josh Segarra). Oliver Queen was supposed to bring down Prometheus when he finally got the upper hand but he was shot by Talia al Ghul (Lexa Doig) from behind, making it known that the elite warrior is seeking revenge from Oliver for what he did to her father years ago.

According to TV Guide, the upcoming episode of "Arrow" season 5 will reportedly feature more of Oliver's struggles under Prometheus' hands. Now that the hooded archer killer found his new ally with the presence of Talia, the worst is going to be expected for the main character. Prometheus even mentioned of Oliver's son and that he will apparently go after him, which gets Oliver furious as he can't do anything about it being locked up in a cell.

Meanwhile, even though there are still a few episodes left before "Arrow" season 5 ends, fans are already excited about the events that are going to happen in the finale episode. There are already predictions about it as well because the occurrences on the previous seasons' finale episodes seemed to be alike, story line wise.

It can be remembered that terrorist attacks always happened in the finale episodes of the first through the fourth seasons. However, this time, according to Comic Book, the scene is going to be different. Showrunner, Wendy Mericle, said that they weren't serious when they said every finale has to have a terrorist attack scene. She added that Prometheus is not the same with any other villains before, and being a personal villain, a much different ending will reportedly be given to him. 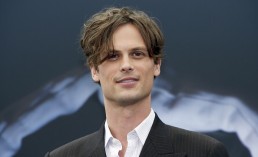 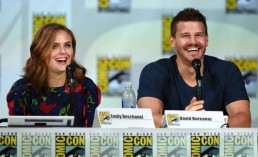 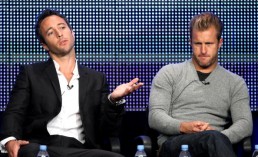